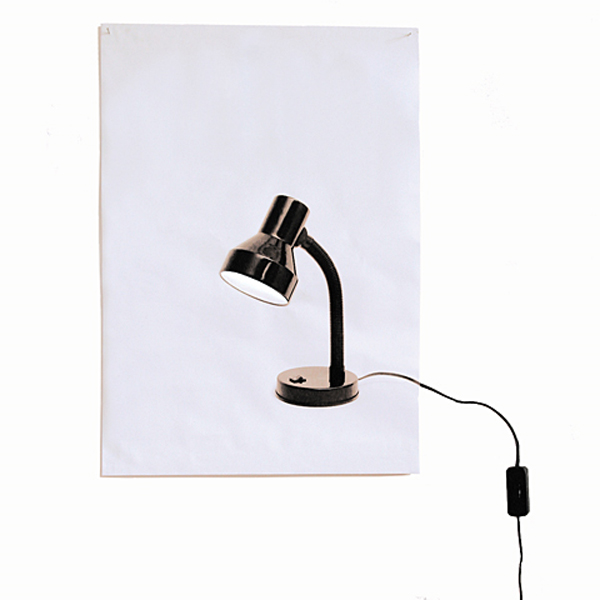 Flat Light was the result of borrowing an Anglepoise task light from college. In 2007, I set up the lamp on my desk at home and was amazed at how it lent an atmosphere of productivity and efficiency to the room… I wondered if just an image of an ordinary task light would be enough to create this atmosphere.

The Flat Light LED Poster was originally sold as a limited edition of just 50, and each one costs $195, they have all sold out so it looks like they will be releasing another batch, although it looks like there will only be a few available.

You can find out more details on the Flat Light LED Poster over at Moss.