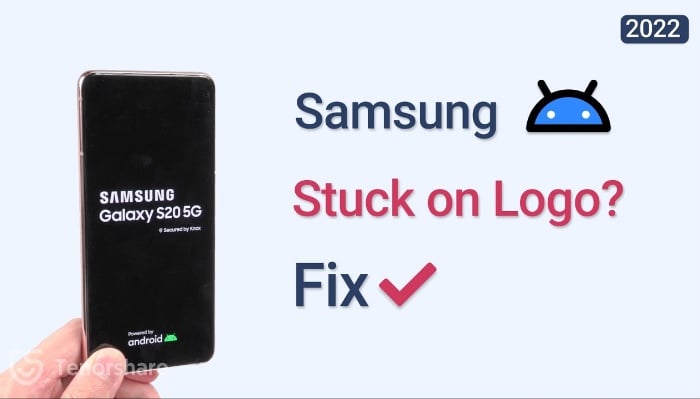 Part 1: What to do if your Samsung phone is stuck on logo?

It’s common practice for Samsung customers to update their device’s operating system or add third-party applications. They could, however, cause several unanticipated errors along the procedure, such as the frozen Samsung tablet and the Samsung phone stuck on boot screen issues. This is because your Samsung device’s model is incompatible with the recently built system or the third-party software.

You cannot use an Android smartphone like a Samsung while the Samsung logo is plastered on the screen. You may have the inconvenience or even difficulties, but try not to become frustrated. Your issue is not uncommon, and you can typically resolve it on your own. Please read this article if your Samsung phone is stuck on the logo. We are here to demonstrate several fixes for the Samsung phone stuck on logo issue and get your Samsung smartphone working properly.

Part 2: What Reasons would cause the Samsung logo flashing?

If you are anxious about why is my Samsung phone stuck on the startup screen? Below has listed some reasons that cause the Samsung logo flashing issue.

The Android operating system may be modified. Sometimes things might go awry when we make these tweaks to make our gadgets even better. As a result, the phone either fails to switch on or gets caught in a boot loop where the logo is only partially shown.

Stuck after an update:

Samsung logo stuck problem may manifest when a software update fails to complete successfully. Numerous factors might lead to the software update only finishing halfway before the phone becomes stuck. Sometimes the update causes your phone to freeze and become trapped in the boot loop.

Why is my phone stuck on Samsung screen? Some third-party apps include viruses and dangerous malware that might harm your device’s OS and cause it to behave strangely.

The numerous software faults that might create the issue are one of the possible causes of how your Android may behave. Software with bugs can be fixed with an update.

Something would go wrong if you carelessly ignore the memory card, which houses several data and programs. The memory card can occasionally cause issues for the device, and a faulty memory card could cause your phone stuck on Samsung logo.

Part 3：How do I do if my Samsung phone freezes and won’t turn on?

How to restart Samsung phone when frozen? Using a third-party Android repair software is the easiest way to fix a Samsung phone frozen since it would do less processing. And here we are going to discuss five different methods to solve Samsung Stuck on Logo problem, 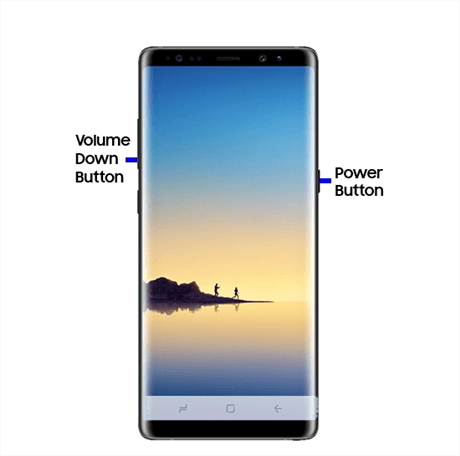 Targeting a button combination is an additional option. The procedure is similar to taking the battery out of your phone and frantically turning it off:

It is advised that you repeat the processes mentioned above. The following fixes can be used if your Samsung phone is still stuck on the logo.

Step 1: ReiBoot for Android may be downloaded and installed on a computer. Open the tool, then use a USB cord to connect the Samsung device to your PC. After then select the option “Repair Android System.”

Step 3: Now, input the brand, model, series, nation, and carrier of the device. After completing the form to the fullest, click “Next” to continue.

Step 4: ReiBoot will download the proper firmware package for Android. After the download, select “Repair Now” and “Continue.”

You should be free of the Samsung phone stuck on boot screen problem. Your gadget will restart and function correctly.

How to restart Samsung phone when frozen? We are aware that you have previously tried pressing the Power button, but give it a few more tries. Press the Power button a few times once the phone has finished charging to check if there is difficulty turning it on.

If it turns on, make sure the power button is functioning properly. Bring the phone to a professional who can examine the phone’s internal wiring to determine whether the Power button is malfunctioning.

If your phone remains stuck on the logo screen after several efforts, hardware problems may be at fault. Contacting the Samsung support center is a solution as well. They can help you with this Samsung phone won’t turn on problem. You are advised to contact the Samsung after-sales service facility to seek assistance from a professional if you are experiencing hardware problems. However, you might need to schedule an appointment first and it comes with a lot of expenses. What’s worst, it is inconvenient for those who are far away from the support center.

How to restart Samsung phone when frozen? This solution will work if you can’t figure out how the Samsung screen is stuck problem truly occurred, and your phone can’t reboot in regular mode. However, all your previously saved data will be lost during this procedure.

Please follow the instructions below to factory reset your Samsung in recovery mode if you cannot access your phone’s factory reset options in regular mode.

The Samsung phone should no longer be stuck on the logo and resume normal operation.

Bonus Tips: How to avoid Samsung phone stuck on logo?

That concludes our discussion of the reasons, the solutions, and the prevention of Samsung stuck on logo screen problem. Tenorshare ReiBoot for Android is strongly advised to help your phone stop getting stuck on Samsung logo because the other techniques mentioned above are not surefire to work, and some may result in data loss on your device.