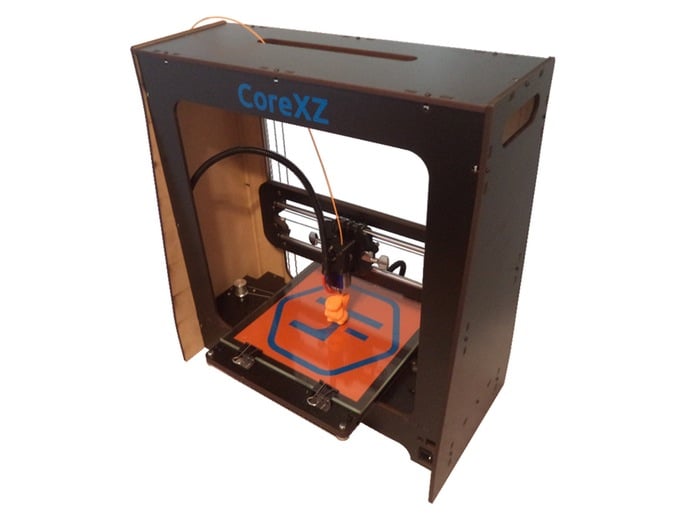 School teacher Nicholas Seward has unveiled the very first CoreXZ 3D Printer that has been created using CoreXZ geometry rather than the customary CoreXY which is used to control the position of the printing heads on 3D printers.

The new CoreXZ 3D Printer provides a more affordable 3D printer machine design that is capable of higher Z direction resolution, and was constructed for around $500.

However Seward believes that it is possible to create the new CoreXZ 3D Printer for as little as $250. Seward explains:

“My printer is the first to use this geometry to quickly move the hot end in the XZ plane,” Seward told 3DPrint.com. “My bed is moved in the Y direction. Moving the bed in the Y direction is pretty easy to do with less hardware. Additionally, most of the printer can be narrow. By definition this printer isn’t that exciting, but it does fix a lot of issues that I have with other boring printers.”

“The other dimensions are similar to a full-sized laptop and will most definitely fit in my backpack,” said Seward. “It features four scissor lifts that are coordinated by a loop of string, and are actuated by a NEMA 14 with TR5*2 lead screw. Assuming I can get the hot end to zero out when the printer is fully collapsed, there shouldn’t be a problem with the firmware.”

For more information on the new CoreXZ 3D Printer and collapsable printers jump over to the 3D Print Board forums website for details.