Yesterday the iPhone Dev team released PwnageTool 4.1, and we saw the Greenpoison Jailbreak earlier, and now it seems that the first application has made its way onto the new Apple TV, called NitoTV which is a weather app.

This seems to be the first applications running on a jailbroken version of the new Apple TV, and gives us a good indication of things to come. 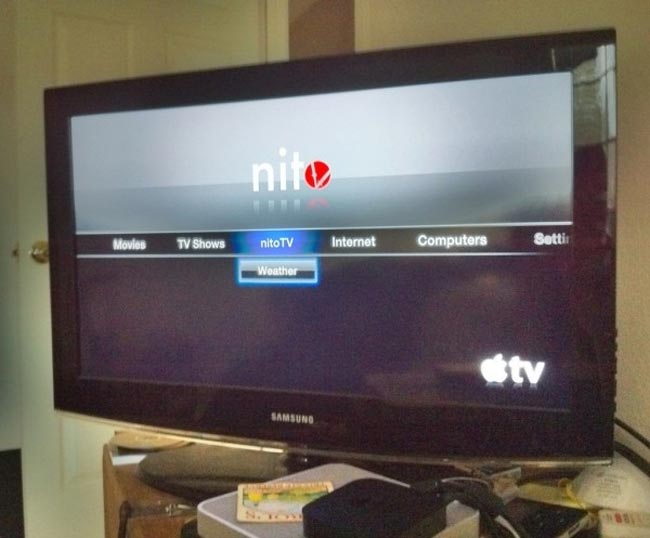 Yesterday Apple announced the App store for Macs, that just leaves one thing for them to release apps on in the future, the new Apple TV and we suspect this is something that will see in the not too distant future.