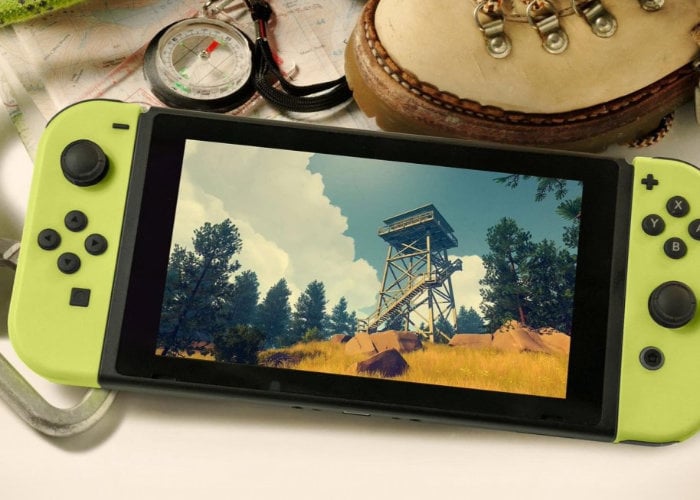 After previously being released on all major platforms including the Xbox One, PlayStation 4 PC, Mac OS X and Linux. Campo Santo has this week announced via a tweet that the award-winning Firewatch adventure will be arriving on the Nintendo Switch later this month and will be available to play from December 17th, 2018 onwards.

The single player adventure follows a fire lookout named Henry in the Shoshone National Forest, a year after the Yellowstone fires of 1988. “A month after his first day at work, strange things begin happening to him and his supervisor Delilah, which connects to a conspired mystery that happened years ago. Henry interacts with Delilah using a walkie-talkie, with the player choosing from dialog options to communicate. His exchanges with Delilah inform the process by which their relationship is developed. The game was directed by Olly Moss and Sean Vanaman, written by Chris Remo, Jake Rodkin, Moss and Vanaman, and produced by Gabe McGill and artist Jane Ng. The game’s environment was modelled by Ng, based on a single painting by Moss. The design draws inspiration from New Deal advertisements by the National Park Service and field research conducted in Yosemite National Park.”

For more details jump over to the official website by following the link below.

Firewatch is coming to Nintendo Switch on December 17th! We’ll be in the Americas, Europe, Australia, and Japan eShops. pic.twitter.com/BJvPnTd4KU