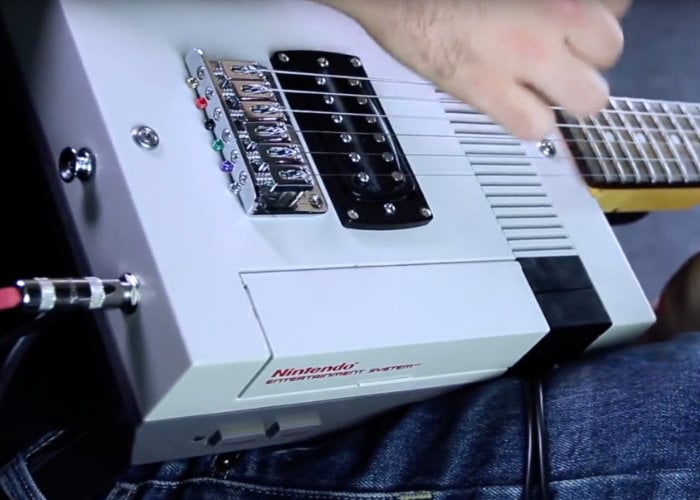 Makers searching for inspiration for a new project may be interested in this awesome Nintendo NES guitar. Internet musician and guitarist Rob Scallon has published a video playing a modified Nintendo NES console which has been converted into a playable guitar but can also be played as a games console if desired. Check out the video below.

The NES is an 8-bit home video game console developed and manufactured by Nintendo And originally launched back in July 1983 throughout Japan and arrived in the US during 1985. The NES was launched in Europe during 1986 and 1987, and Australia in 1987.

“The best-selling gaming console of its time, the NES helped revitalise the US video game industry following the North American video game crash of 1983. With the NES, Nintendo introduced a now-standard business model of licensing third-party developers, authorising them to produce and distribute titles for Nintendo’s platform. It had been preceded by Nintendo’s first home video game console, the Colour TV-Game, and was succeeded by the Super Nintendo Entertainment System.”