Last week Mozilla released the Firefox 4 RC 1, and now it looks like they are getting ready to ship the final version of Firefox 4, and it looks like it will be released on Tuesday the 22nd of March.

Damon Sicore, from Mozilla recently announced that they are expecting to ship the final version of Firefox 4 on the 22nd of March. 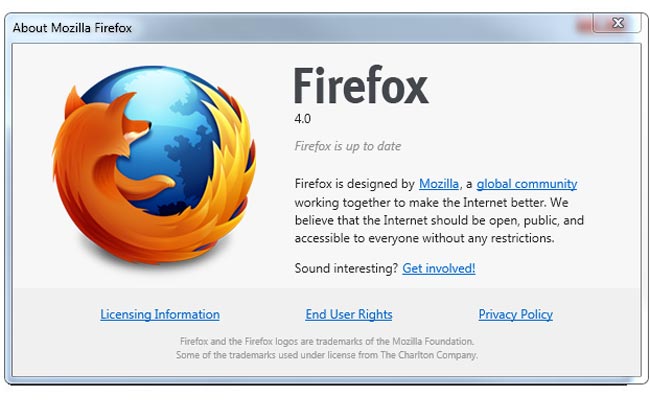 March 22nd is the day we would ship.  Both IT and Marketing have indicated that March 22nd is an acceptable final launch date.  If at any time we discover issues that would block final release, we would issue an RC2 as soon as possible, reset the ship date, and communicate to everyone.

This of course could change if some bugs are discovered between now and then, but at the moment it looks like the 22nd will be the release date.