Formerly 3DS exclusive Final Fantasy Theatrhythm is now available on the App Store as a free download. The rhythm take on the beloved franchise was well received on Nintendo’s platform, where it shipped with 76 tracks as standard. The iOS version only has two songs available, but players have the possibility of buying $143 worth of content to fill out the selection. 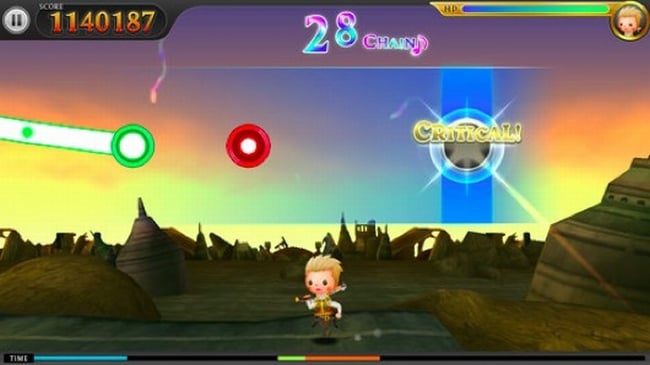 Items available to buy include exclusive tracks from Final Fantasy VII: Advent Children, Tactics and Crystal Chronicles, as well as extra characters such as Tifa. Extra tracks are priced at 69 p, a step down from DLC track pricing on 3DS, which was around 90p. What was that about cheap iOS games supplanting traditional portable games again?