EA launched Fifa 14 for Android and is available free of cost in the Google Play Store. I know this sound too good to be true, but there’s a catch. You don’t get the full game in the freemium version. To unlock full features, you have purchase upgrades during the game. 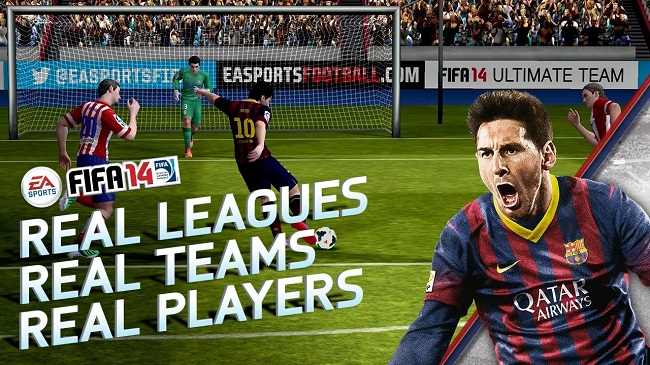 Sized at 1.3GB, the game features 33 leagues, over 600 licensed teams and more than 16,000 players from various leagues including English Premier Leage, La Liga, German Bundesliga and more. In addition, you get to play in 34 different stadiums around the globe. Now, the game supports commentary in multiple languages including English, German, French, Italian and Spanish.

The game is also optimized for tablets, which means you can play it on any device running Android 2.3.3 and later. The game also features modes like Manager, Tournament and Kick Off’s that are available as in-app purchases.

If you follow any football league, you can follow your favorite club using the Football Club Match Day, which let users play along with real world fixtures from top leagues.