Whilst netbooks seem to be getting larger screens, more powerful processors, more RAM and a host of new features, one manufacturer still thinks there is room in the netbook market for a back to basics, no frills, cheap netbook.

Fidelity has just announced their new netbook, the Fidelity VPC (Very Personal Computer), which is due to go on sale later this month, and it is pretty reasonably priced compared to existing netbooks on the market at the moment. 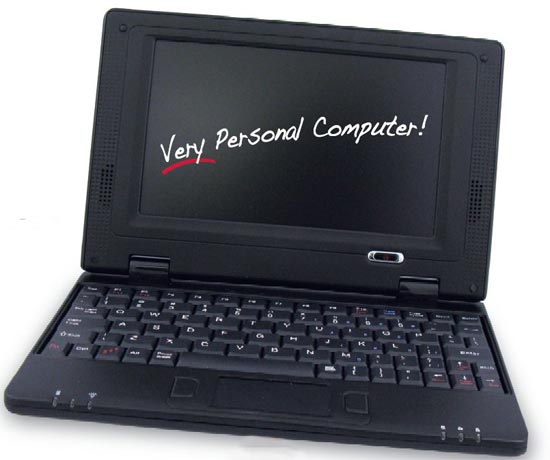 The Fidelity VPC Netbook features a 7 inch LCD screen, with a resolution of 800 x 480, it will also come with 2GB of RAM, USB, Ethernet, built in WiFi, although there are no details on the exact processor it will use.