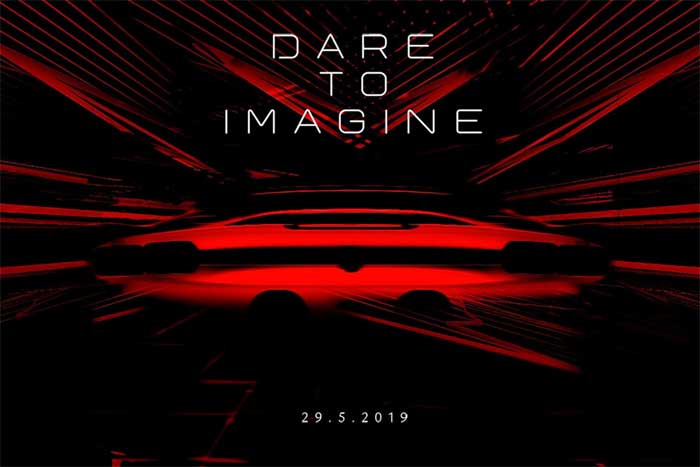 Ferrari is teasing the unveiling of a new hybrid supercar tomorrow on its Facebook page. The car is set to get official on May 29th, and all we have to see of the car right now is the teaser shot above. Prototypes of the car have been spied in testing.

The teaser photo has a caption that says “Dare To Imagine” with no hints about the car. The teaser appears to be of the rear of the car with four square taillights and a pair of round exhaust pipes.

It looks somewhat like a ’90s Lamborghini Diablo in the teaser shot. All we have to go on are rumors and they suggest the car will have a twin-turbo V8 with three electric motors and all-wheel drive. The 0-60 mph time is tipped at 2-seconds.