What? Relax. The Tablet Claw is totally totally harmless. Trust us.

According to its creators, the Tablet Claw came about after repeated observations of people wielding tablets. It doesn’t take a genius to realize that a slim tablet isn’t the most ergonomic of devices. Sure it’s great for a lot of things, but handling? So enter the Tablet Claw. Yeah, the name is a bit too ominous for comfort. 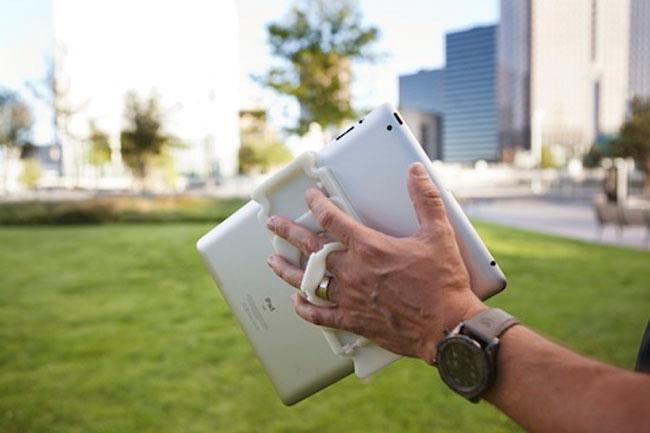 The Tablet Claw is basically an iPad case with a clasp at the back where a couple or more fingers can slide in and hold the tablet steady. Its use isn’t confined to the iPad either, as it aspires to universality with all tablet-kind. The Tablet Claw, thanks to its clever design, proves a worthy iPad stand as well. It’s a two-in-one with individual color schemes to boot.

Here’s the really shocking part: at the moment it’s still a Kickstarter project, so the cash needs to come in. To date, it’s 15 days from deadline and a lot of thousand dollars short of the $20,000 seed funding. There’s less than half a month left so anyone here willing to support the Tablet Claw should give it a go. Check the source link down south for the gates to paradise.