Favi has unveiled its latest product in the form of a small pico projector aimed at letting you enjoy content from your smartphone and other devices on a much larger screen. The Favi Pico+ projector can throw an image 100-inches in size. The projector also supports Miracast and AirPlay Wireless display. 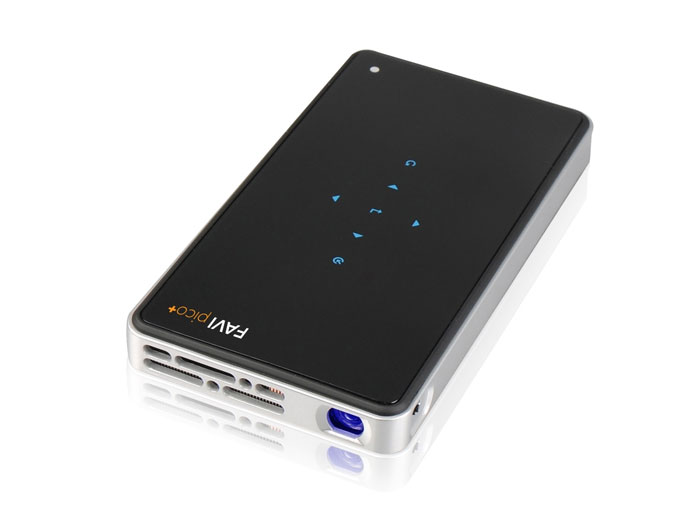 The device is about the size of a smartphone and has an internal 5000 mAh battery for power. That battery is good for up to three hours of use per charge. The projector can also be used to charge your mobile device while it is hooked up for playback. The projector can connect to just about any input source via an HDMI port.

It uses LED lamps with 20,000 hours of life. The projector uses DLP technology and has a native resolution of 854 x 480. The brightness rating for the projector is 85 lumens. That is dim by most projector standards so you will need a dark room to get the best out of the Pico+ projector. The device also has a SD card slot and a USB port for showing content from external media. The Favi Pico+ projector is available now for $299.