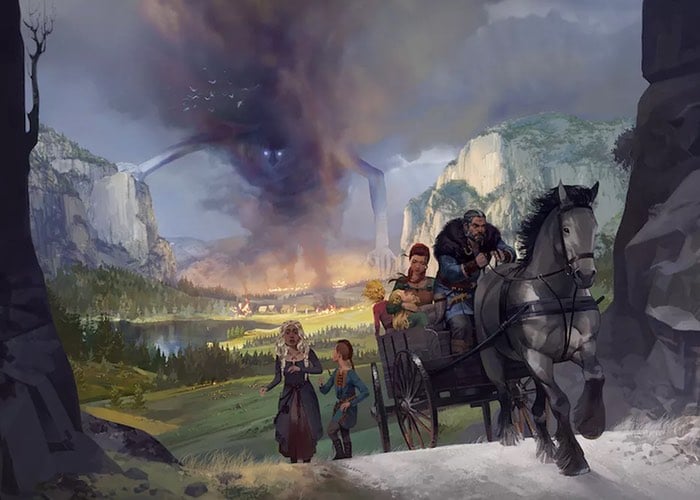 Frima Studio has created a unique virtual reality game called FATED: The Silent Oath, which is supported by the Oculus Rift, HTC Vive that are already available to purchase, together with support for the upcoming PlayStation VR headset, which is expected to be launched by Sony during October 2016.

During FATED The Silent Oath players are required to save their family from destruction and need to immerse themselves in the first person virtual reality action adventure game, that takes you on an “emotional journey” saves developers.

Check out the launch trailer below together with a behind-the-scenes look at the recent PAX East 2016 game show to learn more about the games mechanics and gameplay.

Set in the mythical age of Vikings, FATED: The Silent Oath tells a tale of courage and sacrifice where an everyday father and husband must do the impossible to save his family from the destruction of the world at the hands of giants of old.

FATED is a first-person movie-length narrative-adventure game in virtual reality. This immersive game with stunning visuals showcases the best that VR has to offer, proposing a strong story-driven, narrative experience that focuses on emotion over gameplay. This project is being developed by a dedicated team within Frima.

FATED The Silent Oath is now available from Steam and the Oculus online store.