Traxxas is to RC cars what Ferrari is to the auto-industry. They’re exclusive, innovative, and a little brash. Small wonder then that Traxxas have grabbed a lot of attention with their latest, an RC that can zoom at a 100mph. The best part is the police won’t bother you when you’re raising hell in the sidewalk with this beast. Check out the video after the jump. 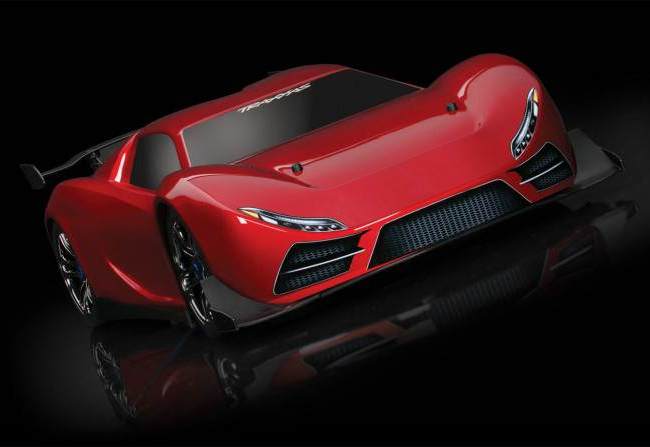 Capable of 0-100 in less than five seonds, this much hyped Traxxas XO-1 is supposed to be the spiritual-physical climax of the company that built it. The sheer embodiment of their motor driven ideals finally made real.

Poetic stuff aside, the Traxxas XO1 has got some serious specifications. The extreme performance of the XO-1 came to be thanks to a unique partnerhsip with another speed-fixated firm, Castle Creations. Together, both companies built a heavy duty power system capable of serious output. But the Mamba Monster Extreme System is just part of a greater whole.

The controls of the Traxxas Xo01 are equally top of the line, being iPhone/iPod compatible that provides a grpahic user interface via a unique app.

Since the Traxxas is such a bad mother, it naturally costs a lot. The Traxxas X)-1 is now selling for $1099.