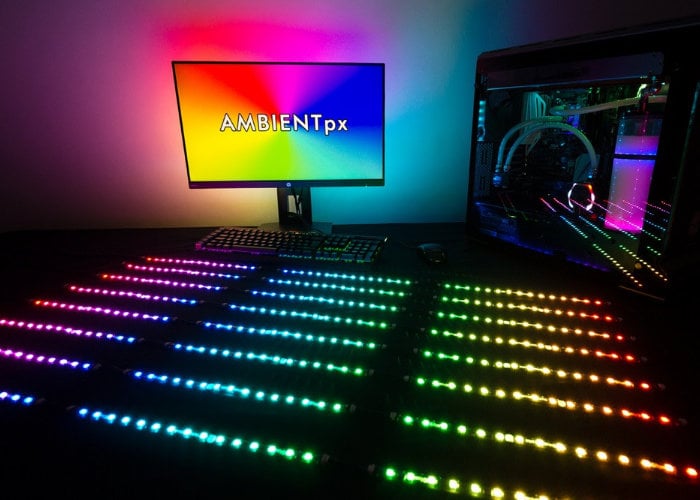 German manufacturer Aqua Computer has this week announced the launch of its new “next-generation” RGB LED controller in the form of the farbwerk 360. Capable of controlling up to 360 addressable RGB LEDs on 4 channels the powerful RGB controller has been specifically designed for PC systems and is equipped with the company’s new ALPHApx technology that enables users for the first time to freely combine effects through transparency in up to 20 levels. 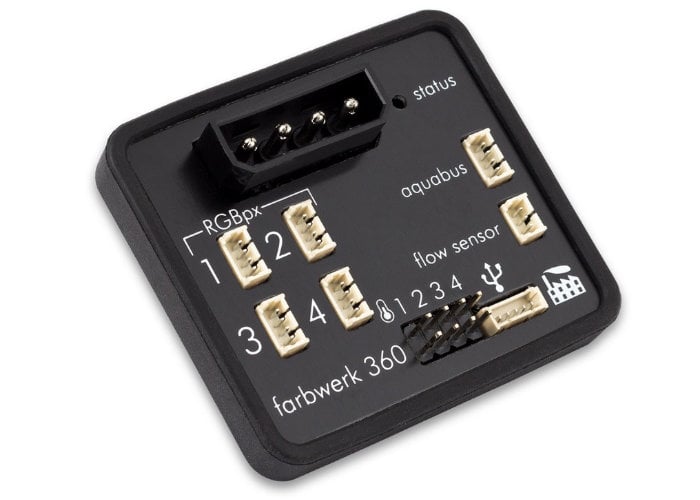 Aqua has also equipped with LED controller with SMOOTHpx to enable the transitions between the LEDs to blend smoothly. The effects are calculated in the farbwerk 360 on the basis of vectors, making stepless intermediate fading possible. Check out the video below to learn more about the farbwerk 360 PC LED controller.

Features of the next generation Farbwerk 360 RGB LED controller include :

– Addressable LED Controller
– Calculation of effects in the processor of the inking unit 360
– SMOOTHpx for smooth transitions
– 4 LED channels with up to 90 LEDs each
– 4 temperature sensors can be connected
– 16 software sensors, e.g. for CPU load, data rates, SSD level, etc. can be used
– 1 connection for flow sensor
– USB 2.0 interface
– aquabus interface
– Power supply 5 V, max. 8 A, 40 W
– 20 adjustable color controls which can be assigned to multiple areas of the strips, max. 60 areas can be managed
– 4 profiles
– Aquasuite software included