Earlier this month, a spooky application popped on Google Play Store known as iMessage Chat. The application is unofficial and is created by a developer who goes by the name of Daniel Zweigart. Interestingly, the application allows Android users to use Apple iMessage service and communicate with other iOS devices. While the application is definitely fake, users who tried it says it actually works. How? We’ll get to that after a jump. 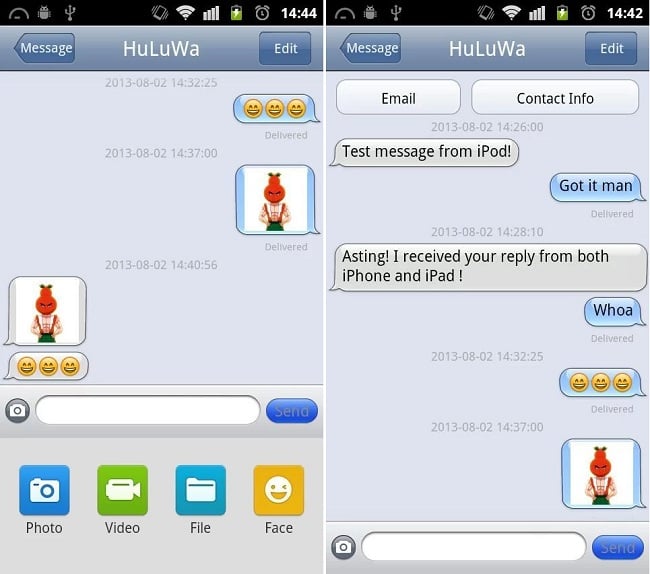 After digging up the apk of the application, software developer Adam Bell says that the application connects to iMessage server as a Mac Mini, and not an Android device. Additionally, Cydia founder Jay Freeman aka saurik also said that it does connect to Apple servers, but the data is processed on developer servers in China. This means that there is a possibility that all your conversations are being stored on the server run by the developer, which is a big security concern. In short, it is strongly recommended to stay away from this application.

So it looks like that iMessage on Android hack is super sketch and is spoofing iMessage requests as a mac mini: pic.twitter.com/TYT6Djumdv

I don’t know if anyone else has seen this program yet, but as far as I can tell the way it works is that the client does directly connect to Apple, but the data is all processed on the developer’s server in China. This not only means that Apple can’t just block them by IP address, but also that they get to keep the “secret sauce” on their servers (and potentially just run Apple code: there are some parts of the process in Apple’s client code that is highly obfuscated).

Another developer also mentioned that the application has the ability to download and install applications in the background, which increases the risks of malware being installed on the device without user’s knowledge. So, this is another reason why we want you to stay away from this application.

iMessage for Android app has code to download APKs in the background? TOTALLY SAFE. Not rootkit-ing your phone or anything? 😀