The picture below probably captures best Mark Zuckerberg’s complete and total joy knowing he has the lives of millions in his hands. Not literally though, but on Facebook. This week, angry Facebook users from Illinois filed a lawsuit against the friending titan over alleged tracking. What makes the charges so controversial is the tracking took place after the users had logged out. Uh oh. 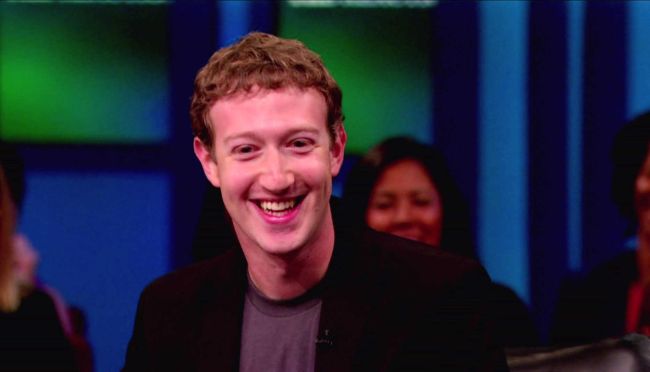 This stink got a head start a short while ago after a savvy Australian blogger exposed the practice. Apparently, Facebook keeps tab on its users by implanting cookies. Since then, a minor firestorm has spread to different corners of the world, with grave repercussions.

That’s certainly not the end of Facebook’s legal troubles though. The preeminent social networking is being attacked from either side of the Atlantic, be it US lawmakers or the Irish data protection commissioners.

It hardly comes as a surprise though, since hundreds of millions have now willingly surrendered so much data on FB it’s a veritable goldmine for advertisers. There used to be a time when the general public feared governments for keeping tab on them. Today, it’s Facebook whose acting like an eerily malevolent Big Brother. Dystopia is scary.