Facebook has added a new feature to the world largest social network, the ability to embed posts, and it works in a similar way to Twitter and YouTube.

Other sites will now be able to embed Facebook posts directly into their articles and blog posts, for a post to be embeddable it must be set to public, have a look at the photo below from Facebook. 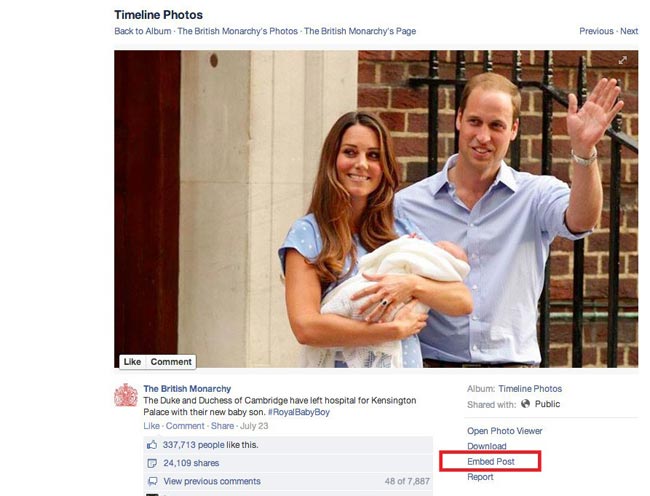 According to Mashable around 72 percent of all the posts on Facebook are set to private, which leaves around 28 percent of posts that can be shared using the new embed post feature.