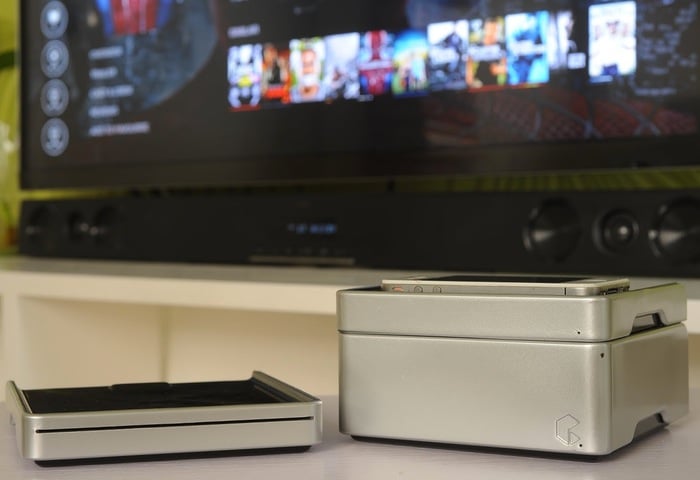 A new open source mini PC and modular media hub called EzeeCube, has been launched over on the Indiegogo crowd funding website this week, which is powered by embedded Linux (Yocto) operating system and runs a customised XBMC media center software.

The EzeeCube mini PC project is looking to raise $75,000 to help the device make the jump to mass production and has been specifically designed to provide users with a modular media hub that automatically synchronises photos, videos and contacts from either your Android or iOS devices.

To learn more about the new EzeeCube mini PC watch the promotional video below which has been created by its developers, who also explain:

“EzeeCube hardware is built from ground up and is powered by XBMC, an open source media center application. Our patent pending stack and extend technology allows you to add more storage space by simply placing the EzeeDisk on top of your EzeeCube, just like Lego blocks —no wires, no setup. 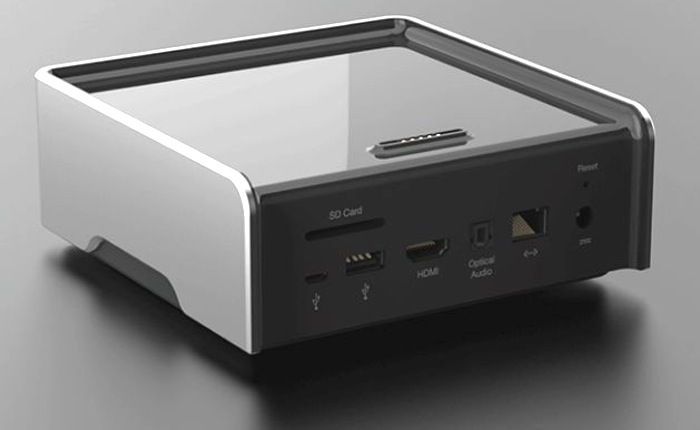 Simply turn on your EzeeCube and launch the EzeeSync app from iOS or Android device. Sit back and relax while EzeeCube automatically transfers your photos, videos and contacts to its storage drive.

Using your TV you can browse your EzeeCube and view your favorite photos and videos in the comfort of your living room. Simply pick up your TV remote control or open our smartphone app to interact with EzeeCube’s intuitive menus.”

The EzeeCube mini PC is equipped with 1TB of internal storage and includes an SDXC card slot, HDMI, S/PDIF, 802.11n WiFi, Bluetooth 3.0 support, and Gigabit Ethernet connectivity as well as ports for USB 2.0 and micro USB OTG. For more information on the new EzeeCube mini PC jump over to the Indiegogo website for details and to make a pledge. 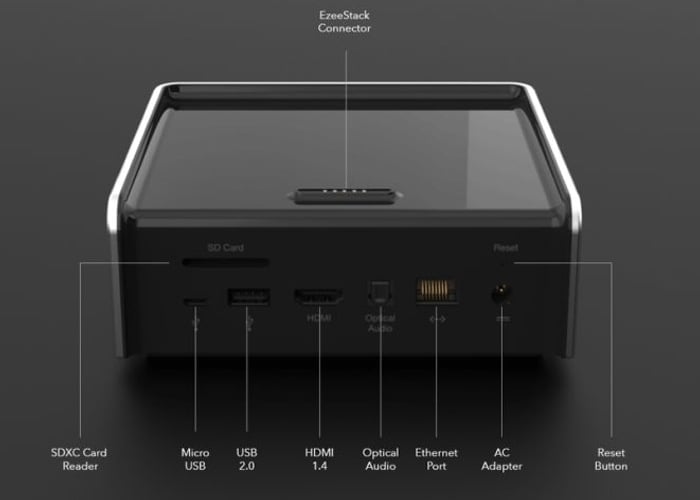