Evernote for Mac has just received a new update that brings with it a couple of great new features, that make note taking and organisation within Evernote even easier. The new update brings the Evernote Mac version more in line with its Windows version now providing Mac users with note sharing.

Together with the ability to now take Audio Notes from within Evernote, and marks the first desktop app from Evernote that allows you to record an Audio Note. 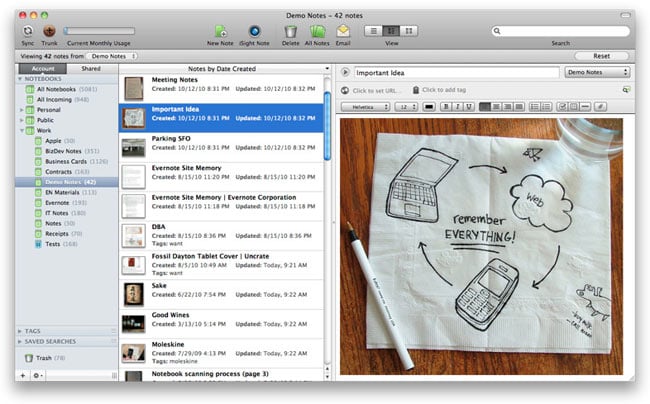 The recording note size  is limited to 25MB for free users (~2 hours) and 50MB for paid users(~4 hours). The new note sharing feature now allows users to share their notes via Facebook, Twitter and email together with other methods.

Other notable updates within the new version include a faster search and performance tweaks throughout the application.