I have several friends that drive a lot that tend to speed. If you get into the car with them, the dash is cluttered with GPS and radar detectors making things look messy. The catch is that you couldn’t get a device with radar detection and GPS navigation in one, at least not until now. 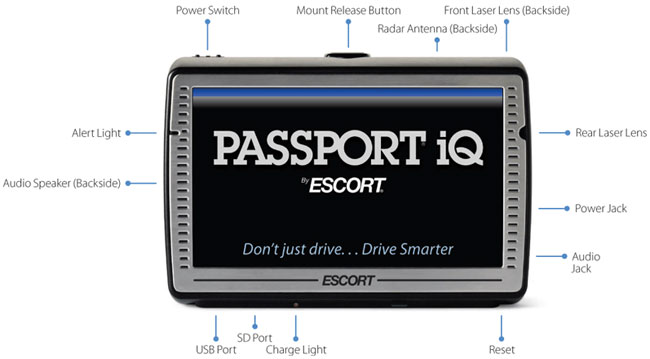 Escort has unveiled the new Passport iQ that is the first device in the world to roll GPS navigation and radar detection into one offering. The iQ has a 5-inch touchscreen, a SD card port, a USB port, power jack and a port for earphones. It ships with a windshield mount and the receivers for the radar detector are integrated into the back of the GPS device.

The GPS offers turn-by-turn directions, moving map capability, and lots more. The radar detector has a full database of red light and speed cameras as well as speed traps. You can order the Passport iQ right now for $649.95.