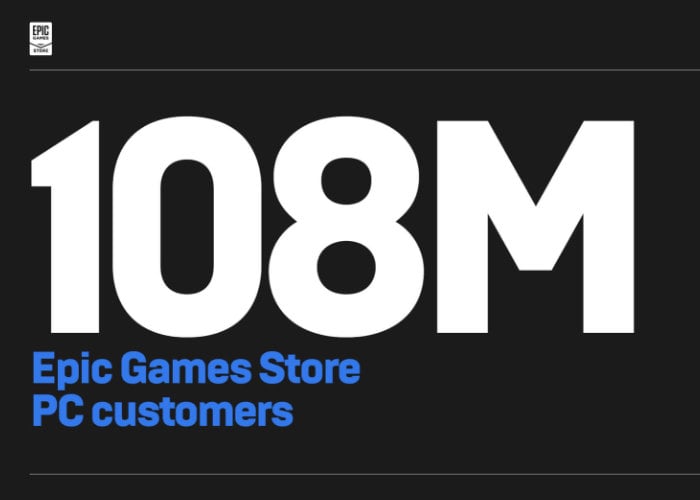 Epic Games has published a new info graphic this week revealing statistics about the Epic Games Store, which has now more than 108 million PC customers since its launch back in December 2018. Other interesting statistics include a total spend of $680m (£523m) in-store much of which is probably thanks to Fortnite, with a spend on third-party games totalling $251m (£193m). 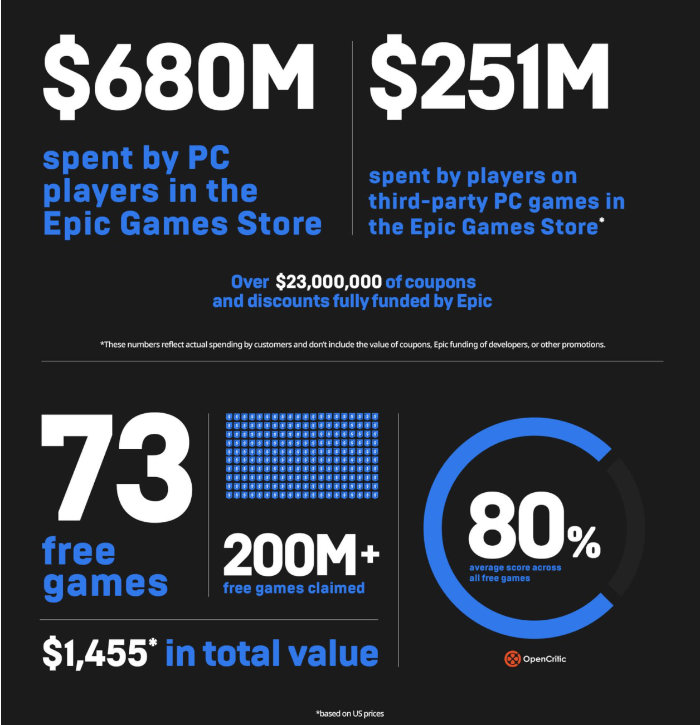 “Thank you to the amazing players and developers for being part of the Epic Games Store community! In 2020 we’ll continue to lead the way in open and developer-friendly store terms, with 88% revenue sharing, support for developer and publisher payment systems, and keyless purchasing integration with Humble (more PC stores coming soon). On top of that, we’re offering integration with Epic’s platform-independent and store-independent online services with more than 300,000,000 customer accounts and 1,700,000,000 friend connections.

Epic is also helping developers support cross-platform play using the tools we built for Fortnite, with online play across PC, Mac, PlayStation, Xbox, Switch, iOS, and Android. Dauntless from Phoenix Labs is the first third-party game with Epic-powered support for PC, PlayStation, Xbox, and Switch. Many more cross-platform games are coming to the Epic Games Store in 2020.” 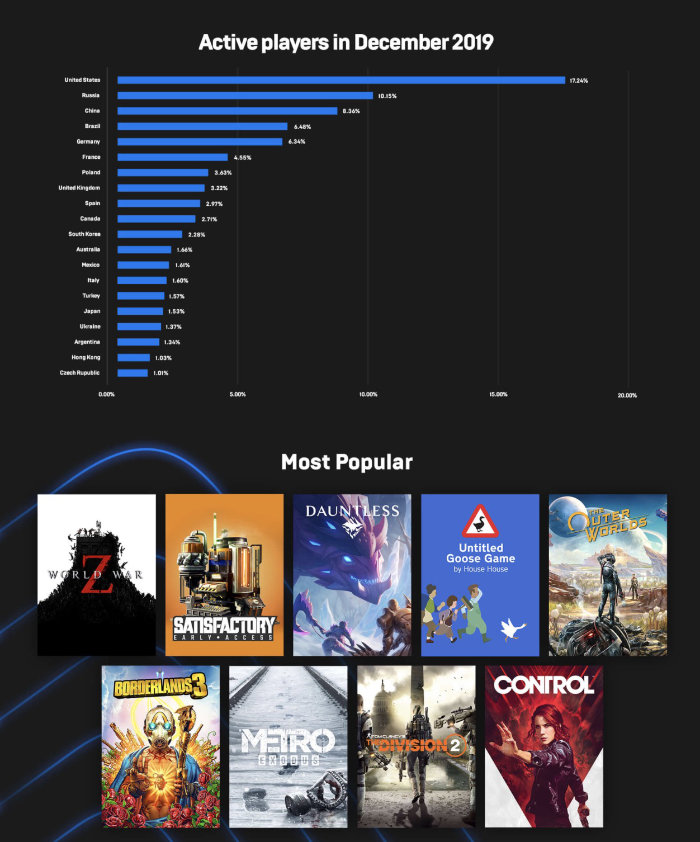 To view the infographics and statistics for the Epic Games Store in full jump over to the official company new site by following the link below.-15-01-2020