Not to knock on the designer, but a wind energy watch sounds like a bad idea. This Eole wrist contraption only ticks the time after the wearer blows on its face, thus generating enough juice for a moment’s perusal. If that wasn’t bad enough the Eole has no other remarkable features except looking weird. The fan configuration encircling the watch face is a good idea though and may have a different application on certain gadgets. 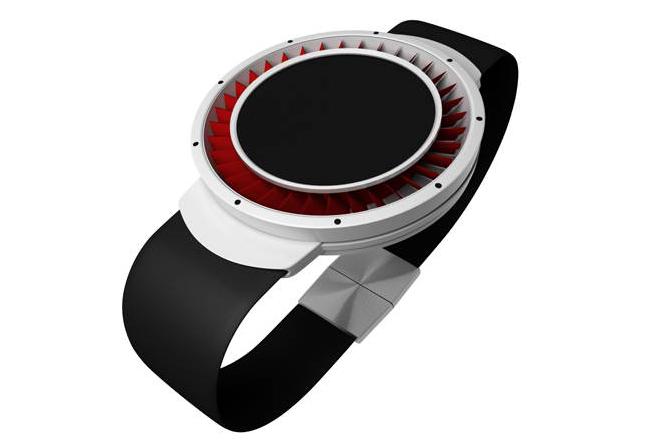 Julien Moise, who designed the Eole concept and many other wonderful things besides, was obviously aiming for a spare look married to tasteful artyness. He achieved that, alright. Thanks to its near useless utility, however, the Eole watch has a slim chance of ever going into production—how are you supposed to market a wrist gadget you have to blow on to use?

The miniature turbine technology might be useful when applied to an umbrella or a jacket. Since we’re smack dab in the middle of a nutty invention, how about someone design a jacket phone/umbrella phone that’s powered by built in miniature turbines? It’s not that far fetched, considering the excess of weird concepts floating around the edges of the interwebs.

Yeah, a jacket phone with embedded mini turbines will rock our world.