The Energy Generating Football we covered back in February and been designed by Harvard alums Jessica Lin, Jessica Matthews, Julia Silverman, and Hemali Thakkar is now in its second version. The SOccket as its named is primarily for use within third world countries and created to provide an alternative light source for children who currently use dangerous kerosene lamps that can start fires or even kill children by causing respiratory infections. 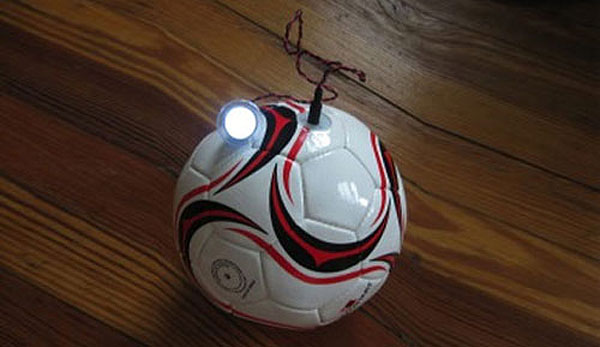 After 15 minutes of play the sOccket ball is able to generate enough power to power an LED light for upto 3 hours. The version 2 sOccket ball has an improved charging mechanism that doesn’t effect play and is a major step up from the original.

The sOccket is still currently under development at the moment, and the entrepreneurs are currently looking for help to take their idea in production. If your interested in helping you can contact them at team@soccket.com