Designed with the substandard healthcare of developing countries in mind, the Embrace is an instant infant warmer for those crucial hours when a premature newborn has to be incubated. 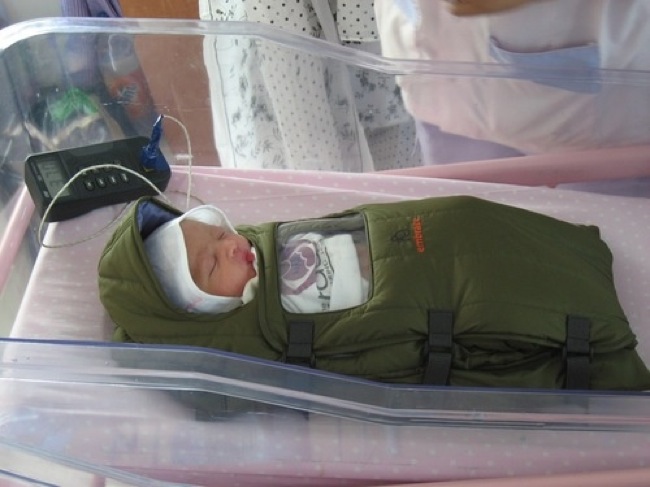 Operation is simple enough. Heat the wrap-around phase change material using hot water to the ideal 37-38 degrees Celsius then place it in the sleeping bag that’s wrapped around the infant like a burrito.

Burrito references aside, Embrace gets its job done within four hours and has the potential to reduce infant mortality in the most poverty-stricken areas of the world.

Its first official field test was a success when Embrace literally embraced the infant Nisha, a heartbreakingly cute infant from India whose body temperature was lower than her twin brother’s.

After the four hour period had elapsed results proved encouraging, with Nisha’s temperature higher than her sibling. It was proof enough that Embrace could now be mass produced and sold for $25 a pop to fledgling clinics and health centers across the globe.

As for Nisha, she’s on her way to enjoy her baby years, innocent bliss and all.