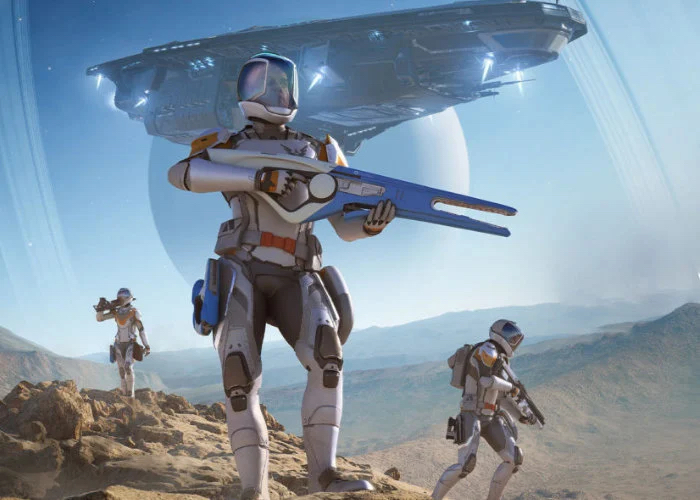 Over the weekend the development team at Frontier creating the highly anticipated new Odyssey expansion for the Elite Dangerous space simulation game, have revealed more details about Elite Dangerous: Odyssey. Confirming that players for the first time will be able to disembark from their spaceships and SRVs and explore the galaxy on foot. “First Footfall is recognised and recorded at a planetary level and not for individual points of interest.”

“The galaxy of Elite Dangerous isnít new, the year is 3307 and humans have been exploring space for more than 1,300 years. Planets and moons in human occupied systems, along with particular bodies of historical significance will have First Footfall already claimed. The number of planets that will be landable for the first time in Odyssey will be in the billions but to give you a more tangible reference point, based on regions weíve tested so far Odyssey will have around 20% more landable planets than the base game.”

Elite Dangerous is a huge and expansive galaxy containing more than 400 billion star systems. To date, our players have traversed just 201 million of these systems which equates to around 0.05%. In the same way that new Commanders continue to join the world of Elite and make their own, personal discoveries, we have no doubt that commanders will have the opportunity to make their own discoveries for many years to come. Your achievement will be displayed alongside the names of those who first discovered and landed on the planet, which you can find in the system map.

For more answers to your questions jump over to the official Frontier Forums to learn more about what you can expect from the new Elite Dangerous Odyssey expansion currently underdevelopment, by following the link below.