John Rogers, a researcher at the University of Illinois, has developed a new way to monitor human body temperature. It comes in the form of a device that is attached to your skin via water-soluble glue. The device, which looks like a futuristic barcode of sorts, is so thin that it’s being referred to as an electronic tattoo.

Rogers has stated that his device is not only wearable and more affordable than thermal imaging cameras and devices used nowadays, but it gets the job done better too. It tracks your body temperature throughout the day accurately up to two one-thousandths of a degree Fahrenheit and can even heat up to test your body’s reaction to temperature changes. 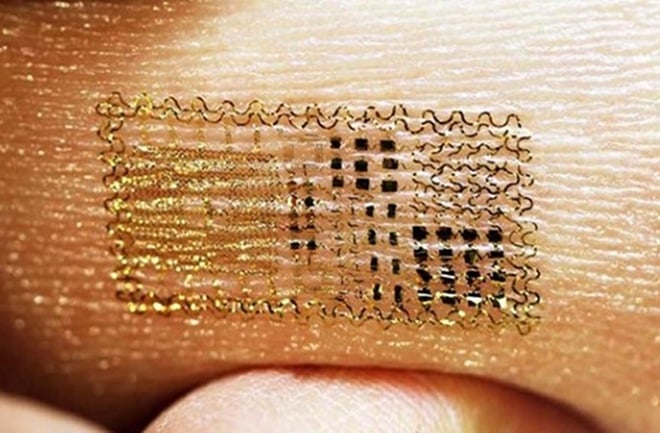 This device is more for people with body temperature control issues, but could lead to further innovations in the industry. It’s tiny, unobtrusive, and frankly looks pretty interesting.

Just to be clear, while it is referred to as an electronic tattoo, it isn’t imbedded in your skin quite the same way or to the same degree. Think of it as one of those washable tattoos you used to get as a kid.