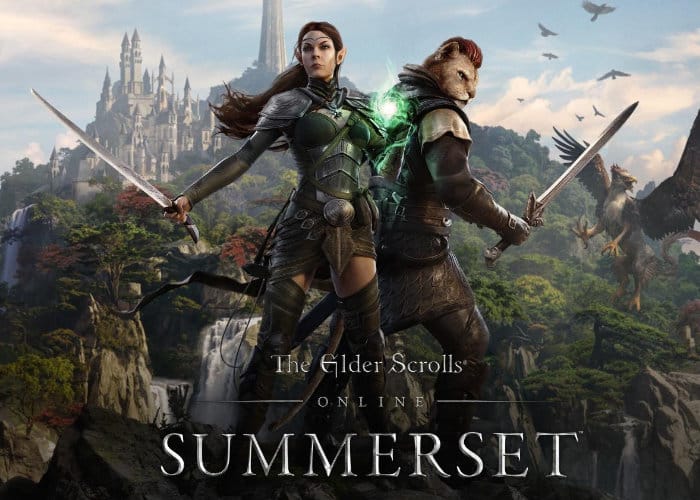 The games developers have today released a new teaser trailer providing a quick glimpse at what you can expect from the Summerset Isle which is like no other land in Tamriel. “Its beauty and ancient history stands ready to be explored by you and your allies in The Elder Scrolls Online’s latest Chapter. Experience the wonder and spectacle of the home of the High Elves and uncover the dangers and mysteries that lie in store.”

The Elder Scrolls Online: Summerset is now available to preorder and those gamers that do will immediately receive the Nightmare Senche Mount and a bonus copy of the Morrowind Chapter, plus get the Queen’s Bounty Pack and its unique digital rewards, including the Court of Bedlam costume, Pocket Salamander pet, and more once the new Elder Scrolls Online Summerset content launches on June 5th, 2018. More details on what you can expect from the new content and storylines as well as the major changes coming to the game check out the video below or jump over to the official website by following the link.