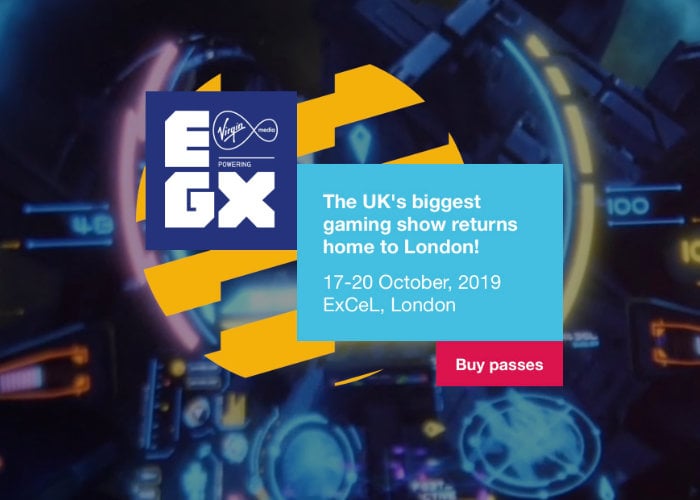 EGX 2019 tickets are now on sale providing access to the UK’s four-day games show held at the London Excel arena from October 17th to October 20th 2019. EGX is run by the Gamer Network and will move away from its Birmingham venue for 2019. Although the organisers have promised to support its fans in the Birmingham area, including time-limited discounted tickets and transport solutions to EGX London. “If you like games, then EGX is for you – play everything from indie games through to huge unreleased titles”.

“We are thrilled to be bringing EGX home,” said event director David Lilley in a press release. “Moving back to London means we can grow all elements of the show and add new content and features that we know our fans desire, making this an unmissable outing for gamers and the UK games industry.”

In addition to EGX, EGX Berlin will also return for a second year. It will once again be based at Station Berlin, but this time will be happening between November 1st and 3rd, 2019. To purchase your tickets jump over to the official EGX 2019 website by following the link below.