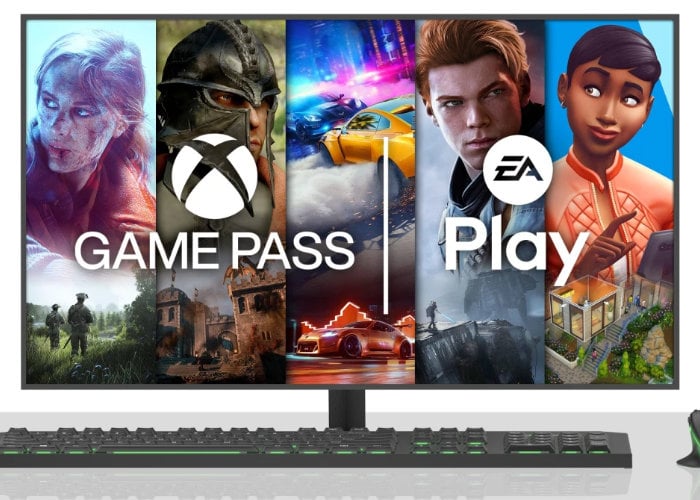 As previously announced by Microsoft, EA Play has today arrived on the PC Xbox Game Pass, offering Xbox Game Pass Ultimate and PC members an EA Play membership at no additional cost. Check out the video below to learn how to install EA Play. Features of EA Play on PC Xbox Game Pass inlcude :

– More than 60 of EA’s biggest and best PC games like Star Wars Jedi: Fallen Order, FIFA 20, Titanfall 2 and Need for Speed Heat, as well as titles from some of EA’s most popular franchises like Battlefield, Madden NFL, Command & Conquer, and The Sims.
– Rewards each month from your favorite EA games. March rewards include: Gold Team Fantasy MUT packs and an EA Play Celebration Pack for Madden 21, a N7 Weapon Charm for Apex Legends and more.
– And starting on day one of EA Play on PC with Xbox Game Pass, members can play the new-to-Play List title Star Wars: Squadrons on PC and console. Master the art of starfighter combat in the authentic piloting experience, feel the adrenaline of first-person multiplayer space dogfights alongside your squadron, and buckle up in a thrilling Star Wars story.
– Exclusive in-game challenges and rewards, special member-only content, and discounts on EA digital purchases via EA Desktop app beta.
– Access to trials of games for up to 10 hours from best-loved franchises and top titles like FIFA 21.

“Join Megan Spurr, Community Lead for Xbox Game Pass, on a walkthrough of the EA Play for PC experience with Xbox Game Pass for PC. If you’re eager to jump in and play EA games with your Game Pass for PC membership, this guide will help you get set up and ready to go starting March 18th 2021.”