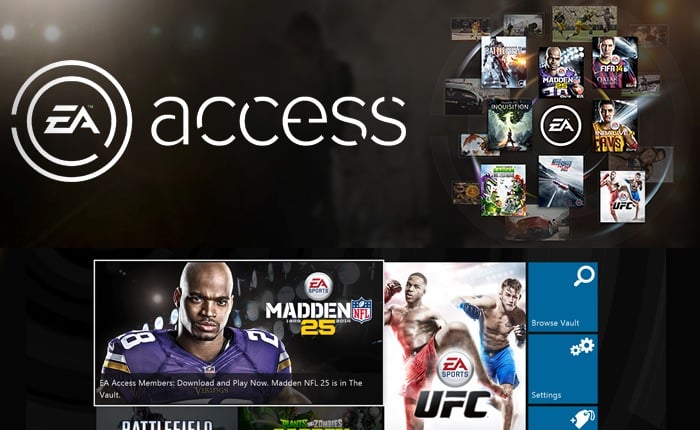 Electronic Arts (EA) has today announced the launch of a new games service exclusively for Xbox One gamers to enjoy called EA Access, that provides a Netflix style service for EA games.

The new EA Access game service will soon be launching on the next-generation Xbox One games console and will be available via a subscription package for $4.99 per month or $29.99 annually.

The EA Access game service will provide users with the ability to download a selection of EA games included in the subscription, as well as being able to access trials of new upcoming titles up to 5 days before they official launch to the public.

Subscribing to the new EA Access game service will also provide gamers with a 10 percent discount on all digital games and micro-transactions. EA explains:

“EA Access membership unlocks The Vault, a collection of EA’s biggest games on Xbox One ready for you to download and play.  During the beta, gamers will have unlimited access to four great EA games: FIFA 14, Madden NFL 25, Peggle 2 and Battlefield 4, with more titles being added soon. EA Access members will save 10% on purchases of EA digital content for Xbox One offered through the Xbox Games Store.”

For more information on the new EA Access games service jump over to the EA press release website for details.