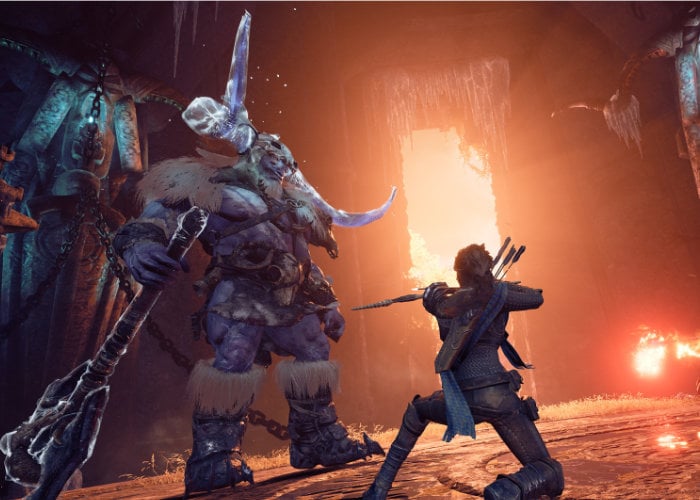 Games developer and company Tuque Games has this week announced its latest game Dungeons & Dragons Dark Alliance will launch straight onto the Microsoft Xbox Game Pass service and will be available Xbox One, Xbox Series X/S and PC. At a later date Dark Alliance will also launched on the PlayStation form PlayStation 5 systems and will support PC and console crossplay from launch.

“Dark Alliance is set in the tundra region of Icewind Dale, and will feature characters from R. A. Salvatore’s novel series The Legend of Drizzt, including the four playable characters: Drizzt Do’Urden, Catti-Brie, Bruenor Battlehammer, and Wulfgar. The game will include both single-player and multiplayer modes. In the single-player mode, the player can choose any of the four characters to control, and swap between them.[5] The multiplayer mode will allow for online co-op for up to four players.”

– Play as Iconic D&D Heroes – Choose one of four heroes from best-selling fantasy author R.A. Salvatore – Drizzt Do’Urden, Catti-brie, Wulfgar, and Bruenor Battlehammer. Each has their own unique playstyle and customizable abilities. Complete missions and vanquish bosses to unlock new skills and earn powerful gear, allowing players to take on even bigger challenges.
– Fight Alongside Your Friends – Join up to three other friends and fight together in a dynamic co-op experience with explosive real-time combat. Unleash devastating combos as you topple unstoppable monsters too powerful to go it alone.
– Conquer Unstoppable Monsters – Dark Alliance pits players against some of the most legendary monsters from the world of Dungeons & Dragons. Frost giants, Beholders, White Dragons—muster the strength to defeat them all against insurmountable odds.
– Brave the Frozen Landscape – Dark Alliance brings to life the world of Dungeons & Dragons like never before. Explore the frigid and dangerous world of Icewind Dale as you defend your homeland from armies of abominable monsters.