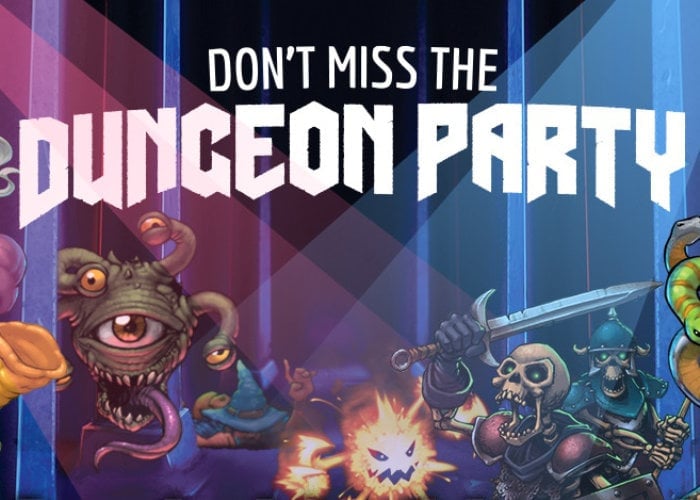 A unique role-playing game has launched via Kickstarter this week called Dungeon Party, offering a humorous “coin bouncing” role-playing game which is now available from just $19 with worldwide shipping expected to take place during September 2020. Designed for 1 to 6 players with a playtime from 30 to 90 minutes Dungeon Party offers a range of characters players to become. Check out the demonstration video below to learn more about the new tabletop game from Forbidden Games.

“Dungeon Party is an easy-to-learn, raucous, play-anywhere, social role-playing game, where the rooms, monsters, and treasures are all on bar coasters. Players take turns bouncing a coin to “hit” the monsters, disarm traps, or avoid cursed rooms. Players work together to survive the dungeon and gather the most loot, but there can only be one winner!”

“Forbidden Games is a board game publishing company founded by two veteran game designers and entrepreneurs: Jason Kapalka, co-founder and chief game designer of PopCap, makers of video games such as Bejeweled, Peggle, and Plants vs Zombies. Glenn Drover, the founder of Eagle Games, and designer of numerous board games including the tabletop versions of Railroad Tycoon, Age of Mythology, and Age of Empires III.”

For more details and a complete list of all available pledge options jump over to the official Kickstarter crowdfunding campaign page by following the link below. Thanks to over 400 backers the project was funded in less than four hours and has already raised over four times its required pledge goal.