Okay, getting something for free which allows you to do something you already could have done for free may not seem like a huge deal, but look at it this way: you’re getting new gaming hardware. That’s something, right? Also, we’re guessing all those people who were posting pictures of their thirteen year old pre-order slips back when news of Duke’s resurrection broke don’t qualify. 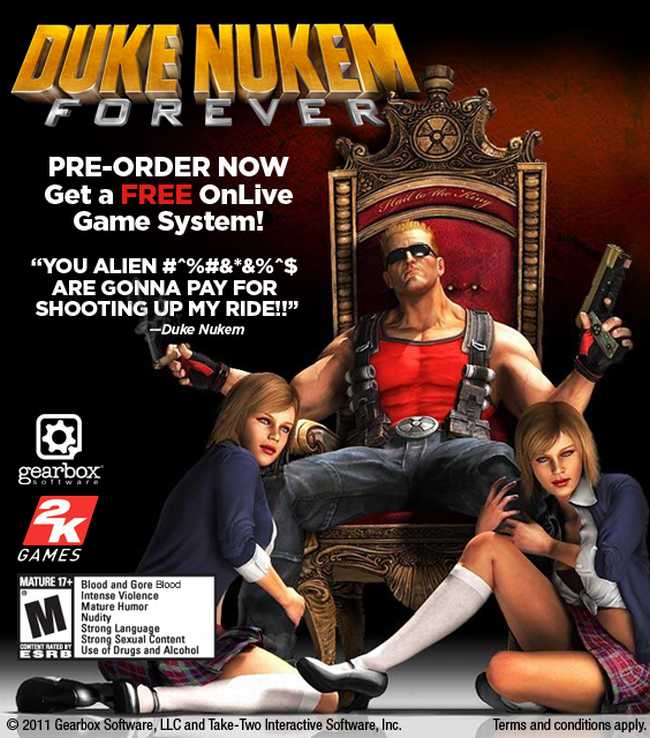 As an alternative, you can also apparently get a free Full Pass to any other game instead of the OnLive Game System. What we’d rather get is a breakdown of how many people take the Full Pass over the MicroConsole. Or better yet just bypass OnLive altogether and get it on a platform where it’s actually playable. It’s not entirely PSN’s fault, but let’s just say we’ve learned to appreciate the value of good solid local hard drive space under our game’s feet. We were joking, it was totally PSN’s fault.