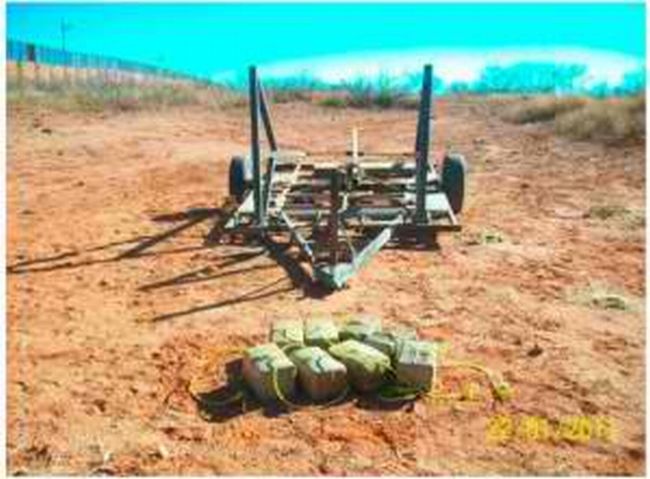 (Excuse us for the less the craptastic pic above, but it was taken fresh from the scene of the crime.)

A working catapult that can deliver a 4 lbs. payload has just been seized by Mexican authorities  after being alerted by the U.S. National Guard, who used video surveillance to spot the culprits. The catapult had a bit of Mad Max to it, being attached on a flatbed truck.

Here’s a good chunk of the official news bit to explain the rest:

The 3-meter (3-yard) tall catapult was found about 20 meters (20 yards) from the U.S. border on a flatbed towed by a sports utility vehicle, according to a Mexican army officer with the 45th military zone in the border state of Sonora.

The catapult was capable of launching 2 kilograms (4.4 pounds) of marijuana at a time, the officer said Wednesday, speaking on condition of anonymity for security reasons.

Soldiers seized found 16 kilograms (35 pounds) of marijuana, the vehicle and the catapult device, the officer said.

The smugglers left the area before they could be captured.”

Who said watching The History Channel was a waste of time?