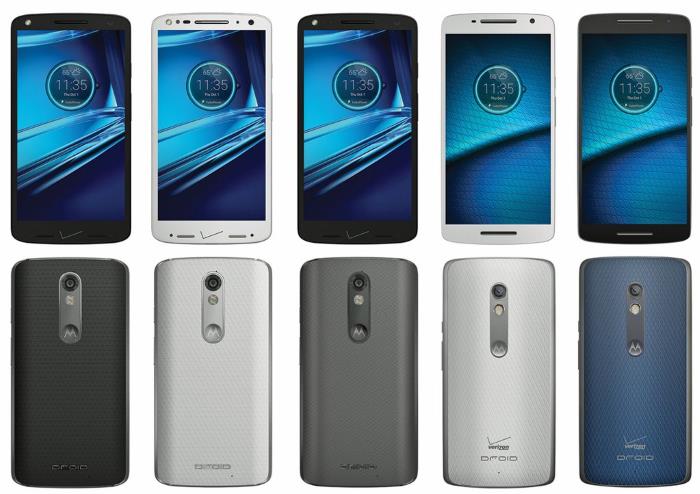 Motorola has scheduled an event on October 27th with Verizon where the company is expected to announced the Droid Turbo 2 and Droid Maxx 2.

Ahead of the press event, some press renders of the Motorola Droid Turbo 2 and Droid Maxx 2 showed up on Twitter, thanks to the popular Twitter leaker @evleaks.

The details about what the handsets will bring at the table, but as per rumors, the alleged Droid Turbo is expected to come with a 5.4-inch display sporting a resolution of 2560 by 1440 pixel, a Snapdragon 810 processor paired with 3GB of RAM, 32/64GB of storage, and ships Android 5.1.1 Lollipop as its operating system. Other features includes a 21MP camera for photos and videos, 5MP front-facing camera and a massive 3760 mAh battery to make sure there’s enough juice for the handset.

As for the Motorola Droid Maxx 2, it’s the Verizon-bound version of the Moto X Play, which made its debut outside the US a few weeks back.

The event is just a day away, we’ll update you as soon as Motorola officially reveals the Droid Turbo 2 and Droid Maxx 2.