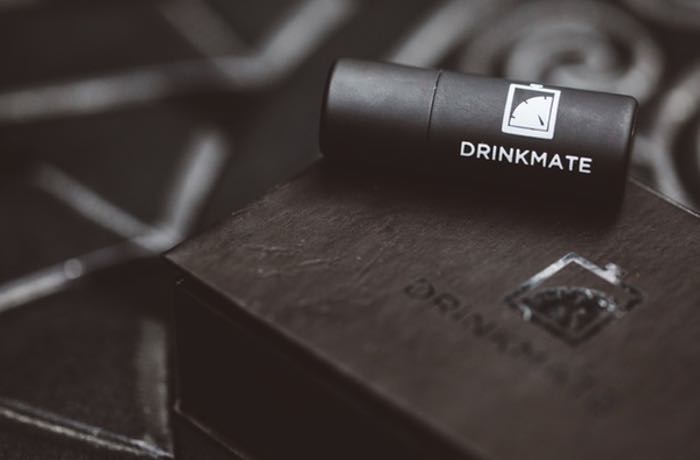 Edge Tech Labs has created a new miniature iPhone breathalyser called the DrinkMate, which has been designed to provide users with the ability to check their intoxication levels directly from their iPhone.

Measuring just 48 mm long and 16 mm in thickness the DrinkMate plugs into the Lightning connection at the bottom of your iPhone and provides instant information on your Blood Alcohol Content (BAC). 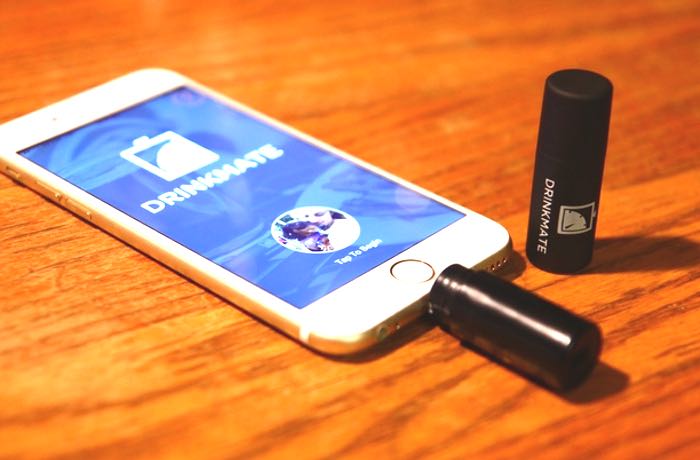 Data is shown on your iPhone screen using the companion application and can be shared with others when desired. Watch the video below to learn more about this tiny iPhone breathalyser. That has been created to help you keep track of your consumption. Its developers explain a little more:

Technology is not the reason people make poor decisions after drinking- it’s psychology. If someone wants to make a mistake after drinking, like driving, they’re going to find a way to do it if they’re alone. If their friends are with them, however, either physically or digitally, peer pressure can be used in positive way to make safer choices.

DrinkMate and its app fundamentally change the image and goal of breathalyzers. Its design inherently draws in friends and people around you to see what you’re doing in a friendly manner. If your friend keeps blowing a high BAC number, can you really just sit there and let them make a mistake? You can’t – you’re forced to help them make the right choice. The more people who know how much they’ve had to drink, the safer a group is as a whole.

• NO battery! DrinkMate is powered entirely by your iPhone.
• NO mouthpieces! Our air inlet at the end of DrinkMate is designed to slow and direct air perfectly to our sensor so that readings are accurate without direct contact (germs… eww!).
• NO re-calibration! We compute BAC in a fundamentally different way than pre-existing breathalyzers so that DrinkMate is minimally affected by sensor changes over time. Our proprietary algorithm has been developed over months of testing, thousands of DrinkMates (Android units from last year), and accounts for sensor age effects in its operation.
• 100% of DrinkMates (yes- every single one!) are individually programmed, tested, and calibrated using a custom-built machine that we shipped and installed in our factory. We’re in the process of building a second one to handle the additional load of full-scale iOS DrinkMate production.

DrinkMate is now available to back over on the Kickstarter website from as little as $25 with the aim of raising $35,000 over the next 30 days. Follow the link below to pledge your backing to the new project and make sure you are one of the first to receive yours next month.