It’s got no clock face, much less the usual components associated with wrist-bound time telling. 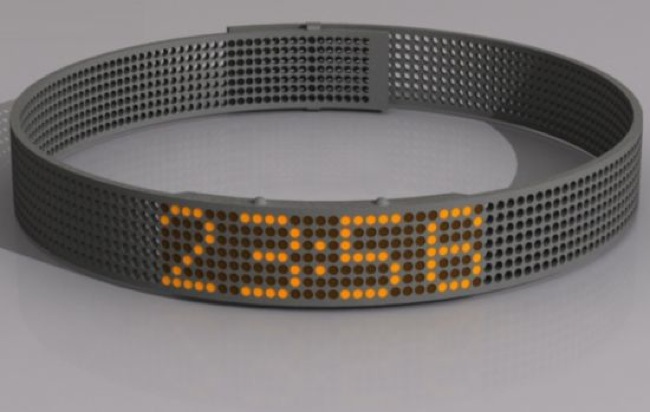 But the minimalist Dot concept by Damian Cozlik, the Polish designer who dreamed up this LED illuminated piece, sure has an air of sophistication about it.

Its adjustable rubber strap, studded with holes for breathability, looks like it will fit snug no matter the girth of your wrist. The bright orange digits on the miniscule LED watch face can be corrected via those two tiny buttons above them and behind it is the tiny white screw that holds the battery in place.

There’s some speculation that this wristwatch-cum-bracelet will enter the market on the high end scale, which comes a as surprise when you consider its blatant lack of bling.

Then again, its stripped down aesthete is sweet relief from the usual parade of hefty timepieces out on the market today. It might just lend that futuristic touch to your otherwise designer get up.

And if you happen to be gadget-inclined, why, its steel gray strap looks good with your tablet and smartphone. We can’t say when (if ever) it’ll retail. Though we do wish we had one already.

via The Design Blog