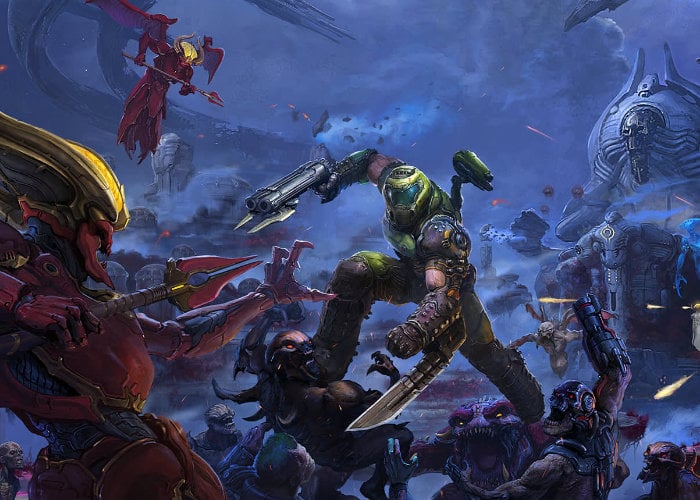 Bethesda has released a new teaser trailer providing a first look at DOOM Eternal’s first campaign expansion, The Ancient Gods: Part One, which will be officially launching next month and available to play on PlayStation 4, Xbox One and PC systems from October 20th 2020. The Ancient Gods: Part One DLC expansion is part of the Year One Pass, included in the DOOM Eternal Deluxe Edition and available for purchase digitally.

“Your war is not over… slaying the Khan Maykr left an imbalance of power that threatens all of creation. With the aid of an old ally, battle your way back to Urdak and decide the fate of the cosmos once again. Your mission is now your own. Travel to previously uncharted realms of the DOOM universe and confront a new challenge head-on when The Ancient Gods, Part One releases for DOOM Eternal later this year.”