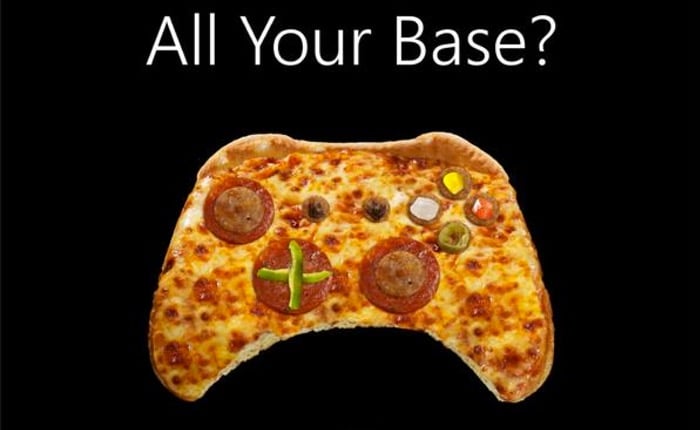 Xbox one owners that enjoy a little pizza might be interested to now that this week Domino’s Pizza have launched a new Dominos Pizza Xbox One App that enables gamers to order pizza directly from their next-generation Microsoft games console.

The Domino’s pizza Xbox One app is now available to download in the UK allowing players to press a button, use gestures or even voice commands to order fresh pizza delivered directly to their door in minutes.

Unfortunately the Domino’s Pizza Xbox One ordering system is only currently available in the UK at the present time but Domino’s is expected to roll out to other countries in the near future.

If you have a Kinect gesture controller attached to your Xbox One you can simply shout “Domino’s feed me,” into the Xbox voice controller to launch the new pizza application. Once ordered you can then track your pizza as it is created via the app watching it go through the preparation process and then delivery.

Back in April 2013 Pizza Hut released an application for the older generation Xbox 360 that gave gamers access to the entire Pizza Hut menu. For more information on the new Domino’s pizza Xbox One app jump over to the Domino’s pizza website for details.