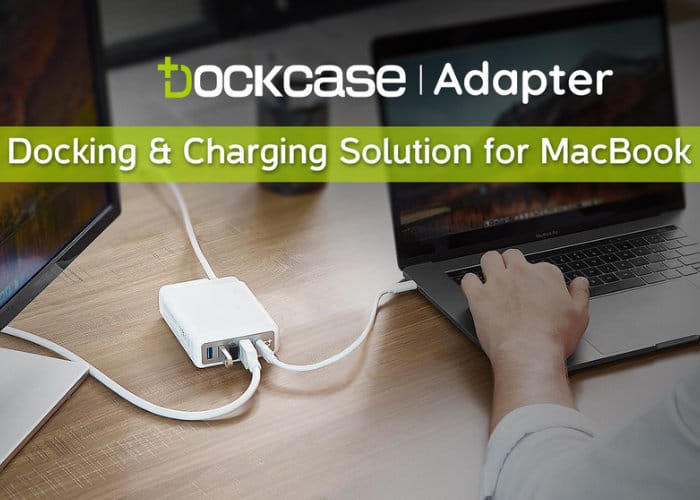 Apple MacBook owners may be interested in the new DockCase Adapter which is capable of transforming your MacBook Pro charger into a dock. Features of the DockCase Adapter include : Apple USB-C power adapter-based dock, Enhanced protective adapter case, USB 3.0, QC3.0 quick charging port and HDMI2.0 port 4K support to name a few. Watch the demonstration video below to learn more about the handy adapter designed for the latest MacBook Pro systems from Apple. 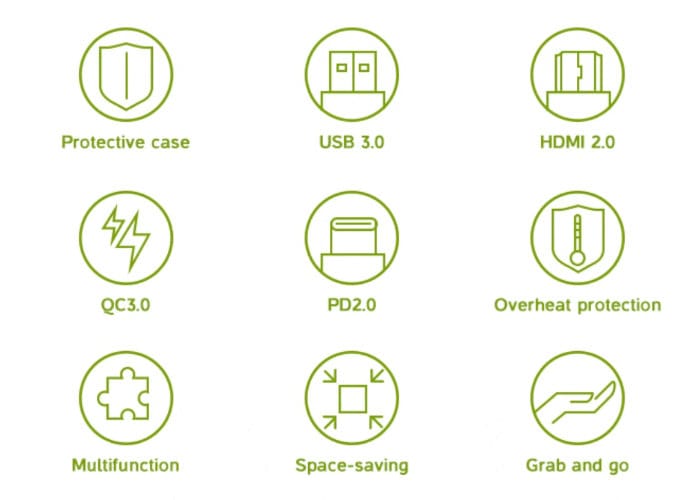 The DockCase Adapter has launched via Kickstarter this week and already reached its pledge goal thanks to over 250 backers with still 29 days remaining on its campaign. Earlybird pledges are still available from $29 or roughly £22 and worldwide shipping is expected to take place during December 2018.

“With the new MacBook Pro’s short battery life, we always have to carry a charger around anyway. How about solving the docking problem based on the original MacBook Pro charger? We created a charger-based dock by building an embedded USB-C male connector in a protective case, and designing an L-shaped notch to make the plug retain detachable within the case. It enables your MacBook Pro charger to work as a docking and charging station simultaneously. “

For more information and full specifications jump over to the official DockCase Adapter crowdfunding campaign page by following the link below.