Because they should. At least that’s what the promotional literature says. Pictured below are the Neso 04 model we’re referring too. Hmmm. There is a slight resemblance. A slight one, no doubt. 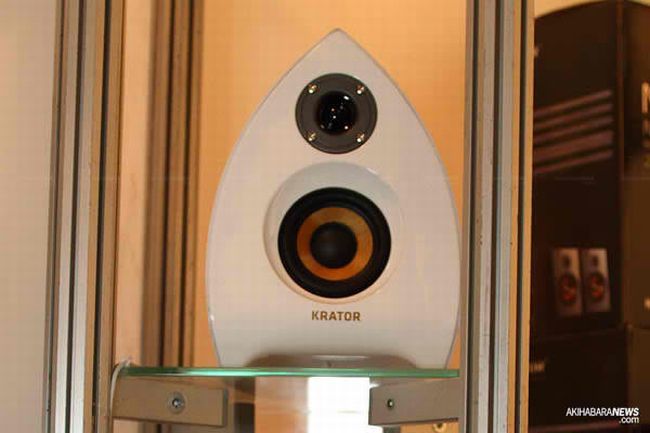 The latest from Krator was recently unveiled at last month’s  CeBit that wrapped the previous week. During the proceedings Krator showcased a new line of speakers and the most distinctive are the Neso 04 Opera House. We’re not kidding, it’s named Opera House.

Anyway, there’s scant information on specs for these Neso 04 babies. They don’t strike us as very interesting either.