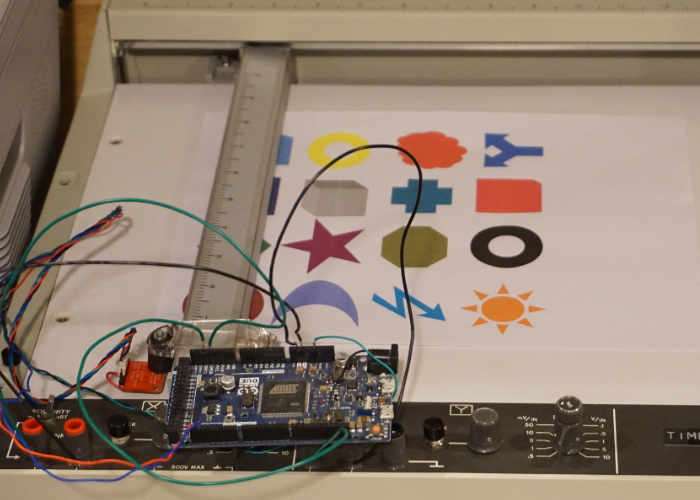 Using an Arduino Due development board Kerry Wong has created an awesome Arduino -controlled single pixel scanner, using the skeleton of a hacked HP 7044A plotter to scan images.

The Arduino single pixel scanner which you can see in action in the video embedded below records RGB colour values in a 128 x 128 grid which are then passed to the computer thanks to the use of the Arduino Due.

The computer then uses these values to rebuild and assemble the scanned image into a low resolution document.

In the video seen below, Kerry D. Wong does just this using his hacked HP 7044A plotter to scan a picture, recording RGB color values in a 128 x 128 grid. As the device scans, the Arduino Due used for control passes these values to a computer, which assembles them together into a low-resolution image.

For more details on the project jump over to Kerry Wong website via the link below.