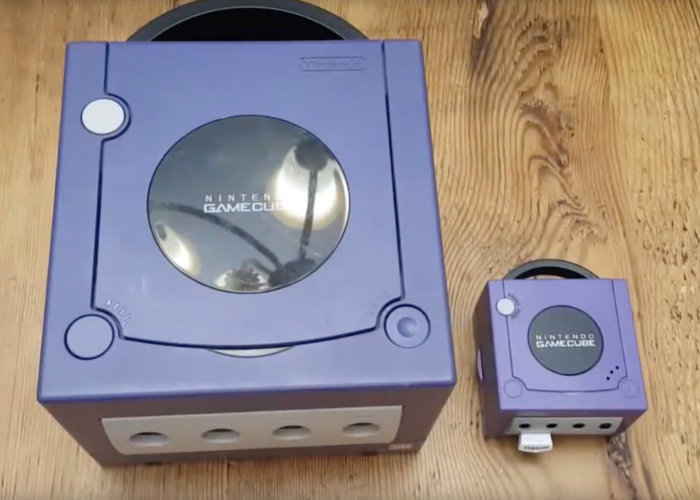 Using a recycled Nintendo Wii games console, YouTuber Madmorda has created an awesome miniature Nintendo GameCube complete with four working controller ports, a USB Type-A port that can be used with the Wii U’s USB GameCube adapter and a Micro USB power system. Check out the videos below to learn more about the project which has been documented via the BitBuilt forums to help you build your very own miniature Nintendo GameCube games console if you have the time, skills and inclination.

Madmorda explains a little more about the project and its creation.

“Okay, okay, it’s not really a Gamecube, it’s a wii. The idea of having a mini Gamecube has been around for quite a while, and once I even went so far as to see how small a gc motherboard could be while keeping it to scale. Obviously I’m glad I didn’t make it because I discovered this wonderful forum and the much smaller wii motherboard instead. After looking practically everywhere for this exact case, I finally lucked out and found someone selling these old gummy candy cases in the shape of Gamecubes. And boy is it gonna be small lol. DIBS! 😛 I got all three colors and hope to make the set.”

For more details on building your very own miniature Nintendo GameCube retro games console jump over to the BitBuilt forums by following the link below.