Robots are cool and I for one am looking forward to the day when I can have a robot clean the house and bring me drinks so I can keep playing video games. One geek has taken his dream of a robot servant to the real world with a new bot sporting a fridge and a means to protect the frosty content within the fridge.

The robot is built on what appears to be the base of a power wheelchair. On top of that, base sits a fridge large enough for any number of cold beverages from beer to soft drinks. The bot also has an articulating arm on top made from a kid’s toy. 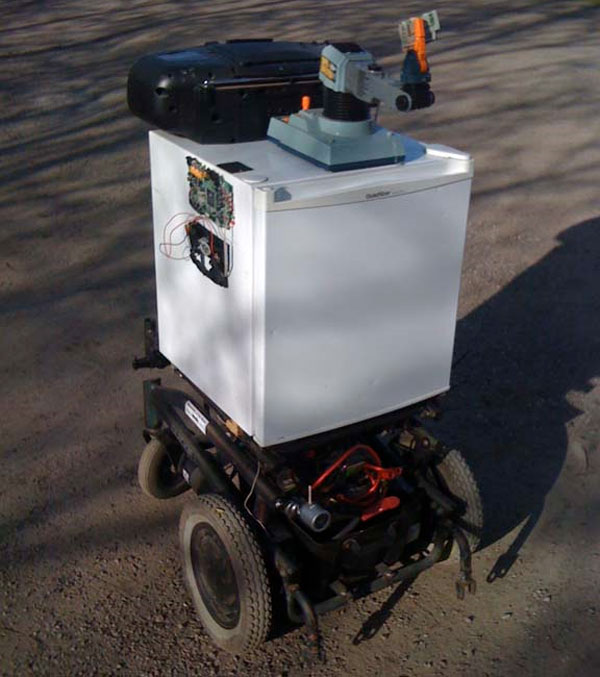 The arm is an Armatron just like the one I got from RadioShack when I turned eight. To keep any unauthorized folks from stealing your last Dr. Pepper, the robot has a semi-automatic BB gun with a laser sight. The robot apparently has a computer brain that allows it to avoid obstacles using video feeds from a webcam atop the robot arm.