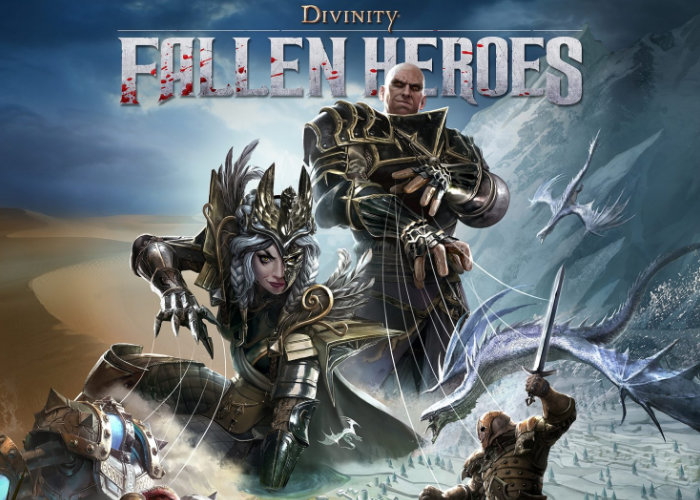 Logic Artists and Larian Studios has today unveiled a new stand-alone game in the form of Divinity Fallen Heroes, which is set in the universe of Divinity Original Sin 2 and offers a strategic, tactical role-playing game. Check out the trailer below to learn more about the game which is being showcased at this week’s PAX East in Boston.

“Delve deeper into the world of Rivellon as you command your troops aboard the Lady Vengeance. Explore new lands and wield new weapons and skills. Build your squad and vanquish never-before seen corners of Rivellon. Divinity: Fallen Heroes features two player cooperative play as well as a single player mode. A new threat looms over Rivellon. Lead aboard the Lady Vengeance and enlist the help of new and existing heroes. Join Malady, Fane, Ifan, Lohse, Sebille, Red Emperor and Beast in a tactical game with all the depth of an RPG.

Aboard the Lady Vengeance, manage your crew through diplomacy. Your choices affect everything. Lose faith and you lose heroes. Rally your troops, and you restore hope. Vanquish the deserts of the Lizard Empire and the snowy climate of the Dwarven Kingdom. Master a revised combat system and take on over 60 missions with narrative objectives where your decisions greatly affect the story.”

Features of the new Divinity Fallen Heroes game include :

– Recruit troops, research new gear, and level up heroes aboard The Lady Vengeance.
– Gunpower comes to Divinity. Lock’n’load with an arsenal of guns and rifles, but don’t forget to use swords and sorcery when necessary.
– Interactive elements bring a new twist to the tactics genre. Toy with Oil, Fire, Ice, Water and Poison elements, joined also by the new Sulfurium element.
– Play in either single player or coop, with tactical combat featuring simultaneous turns!
– Oil, Fire, Ice, Water and Poison surfaces are joined by the new Sulfurium surface, affecting hero positioning on the battlefield.
– Play with mysterious hero character Malady for the first time in a Divinity game, as well as an all-new character. Or take control of the famous Godwoken.
– Select from 30+ different unit types to create the perfect squad, and equip them with over 200 skills.
– Decide which technology to research and what artefacts to obtain to give your troops that extra oomph.
– Simultaneous Co-op Gameplay allowing you to take turns and combine abilities at the same time.
– Unlock devastating source powers for your flying battleship, The Lady Vengeance, that will turn the tide of battle.
– Recruit unique veteran troops, but be careful: if you lose them in battle, they are gone for good.
– Optional objectives and challenges will push your tactical acumen to its limits

Unfortunately no pricing or launch date has been announced as yet but as soon as more details are confirmed we will keep you informed as always. In the meantime jump over to the official website for more details and to register your interest to be kept up-to-date.