In the run up to Diablo III’s official launch on May 15th, Blizzard have released a few more details on the games Witch Doctor, character gamers will be able to play within Diablo III.

Diablo III has been in development for some 10 years and is the highly anticipated upcoming dark fantasy,horror-themed action role-playing game created by Blizzard Entertainment, following on from Diablo II launched in 2000. 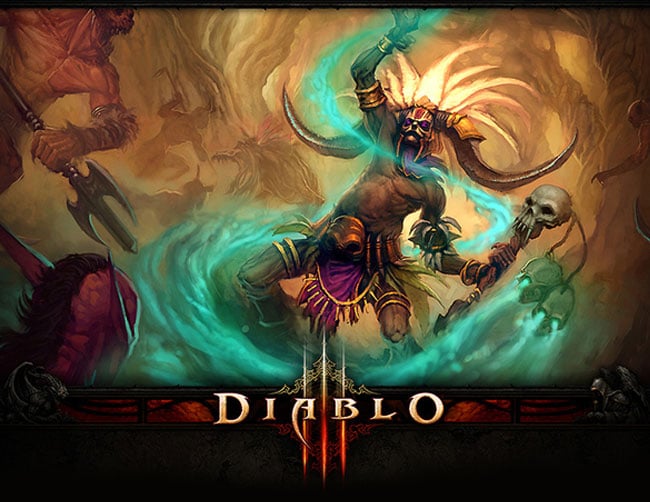 The latest Diablo game in the series will be equipped with a custom 3D game engine, to provide gamers with a detailed overhead view of gameplay, in a similar way to the isometric view used in previous Diablo games in the series.

Blizzard describes Diablo III’s Witch Doctor as “Sage conjurers, enchanters, and mystical warriors who are driven by a charge to maintain spiritual balance and harmony in the violent world of Sanctuary. They command ancient magics rooted in the primal powers of life and death, and are adept at summoning fearsome, shadowy creatures. A witch doctor is armed with simple talismans, fetishes, rough carvings… and endless ravening throngs of vengeful spirits set to bring destruction at their master’s command.”

Check out further characters for the Diablo III game here.