Console gamers patiently waiting for the launch of Diablo 3 console version on both Xbox 360 and PlayStation 3 will be pleased to learn today that the game has now arrived.

Diablo 3 developed and released by Blizzard Entertainment was launched last year on PC systems and today the console versions of the same game arrived. Ahead of the new Diablo 3: Reaper Of Souls expansion that is currently in development. 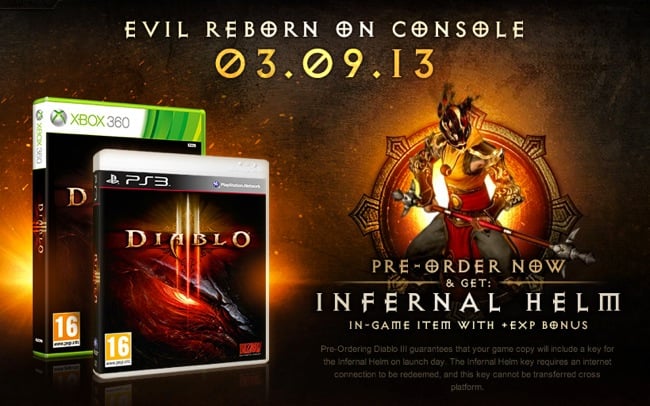 “Blizzard Entertainment’s epic action-RPG Diablo® III is coming to a new platform. In an experience reforged specifically for the console, players will adventure through rich and varied settings, engage in combat with hordes of monsters and challenging bosses, and grow in experience and ability, all while acquiring items of incredible power.

Twenty years have passed since the Prime Evils were defeated and banished from the world of Sanctuary. Now, you must return to where it all began—the town of Tristram—and investigate rumors of a fallen star, an omen that the End Times have begun.”