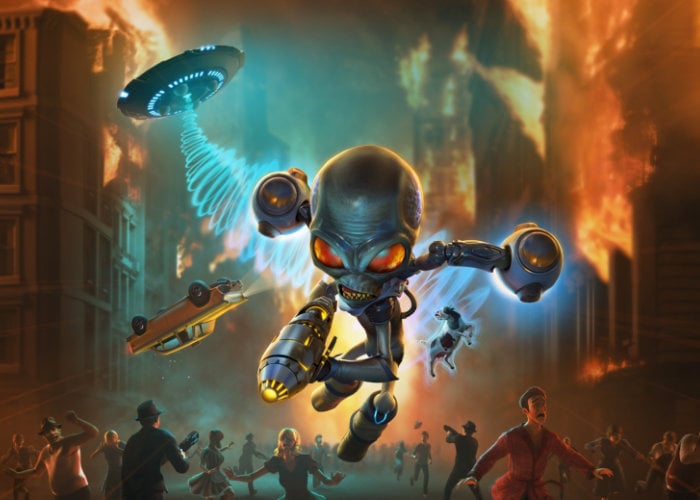 Destroy All Humans the open world action-adventure video game franchise created as a parody of Cold War-era alien invasion films is now available to play on PC, PlayStation 4, Xbox One and Stadia, after being available to preorder earlier this year. Check out the launch trailer below to learn more about what you can expect from the latest game in this franchise.

“The cult-classic returns! Terrorize the people of 1950s Earth in the role of the evil alien Crypto-137. Harvest DNA and bring down the US government in the remake of the legendary alien invasion action adventure. Annihilate puny humans using an assortment of alien weaponry and psychic abilities. Reduce their cities to rubble with your flying Saucer! One giant step on mankind!”

Only Destroy All Humans! allows you to explore idyllic US cities of the 1950s, read the thoughts of their citizens to uncover their secret desires… and then burn the very same cities to the ground with the mighty Death Ray of your flying saucer!”

– Use your Abducto Beam to throw tanks around!
– Use your psychokinesis powers to crush a farmer under his own cow!
– Discover which seemingly prude 50s housewife secretly has the hots for her hairdresser!
– Slowly batter a human to death with his own hat!
– Light up the night by zapping your enemies with teslatastic electricity!